Each person belongs to a certain national culture, including national traditions, language, history, literature. Economic, cultural and scientific contacts between countries and their peoples make topics relevant to the study of intercultural communications relevant to the study of the relationship of languages and cultures. Even E.Sepir wrote: «Language is a guide that acquires increasing importance as a guiding principle in the scientific study of culture» [1].

The tendency to interpenetrate different branches of scientific knowledge is one of the defining characteristics of the science of the twentieth century. In the field of humanitarian disciplines, the expression of this desire for synthesis has been the intensification of cultural studies, i.e. Studies of the phenomenon of culture, which includes all the diversity of human activities and its objectified results [2, p. 2].

The aim of the paper is to review the main approaches to the study of linguoculturology as an integrated field of scientific knowledge.

Lingvoculturology as an autonomous region of linguistic research emerged in the 70's. According to Emil Benveniste's forecast, «on the basis of the triad — language, culture, human personality» in order to provide the scientific basis for the presentation and activation of data on the country and the culture of the language being studied using the philological methodology of teaching. This area of linguistic research represents linguoculture as a lens through which a researcher can see the material and spiritual identity of an ethnos [3, p. 79]. In its development, linguoculturology has evolved from general to linguistic culturology itself, and then from «neutral», «universal» to comparative linguoculturology, in which the phenomena and elements of a foreign language and culture are given in comparison with the native language and culture of the country [4].

Nowadays linguoculturology is one of the leading directions of linguistic research, its rapid formation and development is observed. Karasik explains this phenomenon for several reasons [5, p. 3]:

– Firstly, it is the rapid globalization of world problems, the need to take into account the universal and specific characteristics of the behavior and communication of different peoples in solving a wide variety of issues, the need to know in advance those situations in which there is a high probability of intercultural misunderstanding, the importance of defining and accurately denoting those cultural values, which underlie communicative activity.

– Secondly, it is an objective integrative trend in the development of the humanities, the need for linguists to master the results obtained by representatives of related branches of knowledge (psychology, sociology, ethnography, cultural studies, political science, etc.).

– Thirdly, it is the applied side of linguistic knowledge, the understanding of language as a means of concentrated reflection on collective experience, which is encoded in all the richness of meanings of words, phraseological units, well-known texts, etc., and this experience is the essence of the foreign language being studied.

Due to the fact that linguocultural research is actively carried out by many scientists (A.Vezhbitskaya, R. M. Keesing, V.Maslova, V. I. Karasik, S. G. Vorkachev and others), there are many definitions of this direction of linguistic research.

V. Maslova defines the essence of science in this way: «Linguoculturology is a science that originated at the intersection of linguistics and cultural studies, and which explores the manifestations of the culture of the people, reflected and fixed in the language» [6, p. 109]. V. Telia believes that linguoculturology is a science devoted to the study and description of correspondence of language and culture in their synchronous interaction [7, p. 4]. V. V. Vorobiev relies on the fact that linguoculturology studies the national and cultural semantics of linguistic units in order to understand them in their entirety of content and colors, to the extent most closely approximated to their perception by the bearers of a given language and a given culture. According to his definition, linguoculturology is an aspect of linguistics that studies the problem of reflecting the national culture in language [4].

Despite the fact that these definitions have different shades, their essence boils down to the following: linguoculturology has to do with both the science of culture and the science of language. It represents a certain set of knowledge about the national and cultural specifics of the people and its reflection in the language.

Linguistic culture is «a humanitarian discipline that studies the material and spiritual culture embodied in a living national language and manifested in linguistic processes» [8, p. 46]. It allows one to establish and explain how one of the basic functions of language is implemented — to be an instrument for creating, developing, storing and broadcasting a culture. Its goal is to study the ways in which the language embodies in its units, stores and translates culture.

– The subject of linguoculturology — the national forms of society being reproduced in the system the topic of language communication and based on its cultural values, i.e. everything that constitutes «a language picture of the world».

– cultural linguistics focuses on the new system of cultural values ​​put forward new thinking and modern life of society, to the full, objective interpretation of facts and events, and information on the various fields of cultural life of the country.

– The objective, complete and holistic interpretation of people's culture requires the systematic presentation of cultural linguistics culture of the people in their language, in their dialectical interaction and development, as well as the development of the conceptual series that formation of modern cultural thinking. Its necessary indicate that cultural linguistics to date took shape several directions [8, p. 33]:

– Linguoculturology of a particular social group, ethnos in some culturally bright period, that is, the study of a specific linguocultural situation

– Diachronic linguoculturology, i.e., studying the changes in the linguistic and cultural status of an ethnos over a period of time

– Comparative cultural linguistics, which is just beginning to develop. To date, it is represented by only a few works, the most interesting of them is the work of M. K. Golovanivskoy «French mentality in terms of native speakers of Russian», which features the French mentality studied from the perspective of the carrier of the Russian language and culture. The material for the analysis were the abstract nouns in Russian and French — the fate, hazard, luck, soul, mind, conscience, thought, idea, etc.

– Linguocultural lexicography compilers lingvocountry-study dictionaries. In conclusion that knowledge of linguacultural industry requires its own concepts and terminology apparatus to adequately designations content side of the sign, which would remove the functional limitations of the traditional values and meaning, and in a cat rum would be organically merged logic-psychological and linguistic categories. The basis for such an apparatus was the concept of the concept, actively developed lately. It is the study of the main concepts of English artistic works and will be the prospect of our further research. 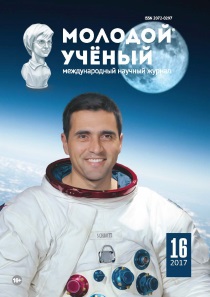