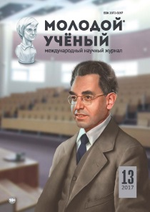 Nowadays in the condition of the entry into the world globalization, special attention is given to improve the quality of training future teachers. From this point of view the president of Kazakhstan N. A. Nazarbayev in his message on the theme of the development program of the country until 2050 «New decade — new economic growth — new opportunities» [1], planned to ensure access to the quality of education. The quality of higher education must meet the highest international requirements. Higher educational institutions of the country should enter into the ratings of leading universities of the world», — stressed the head of state. Therefore, the need of revision of improving the quality of educational process in higher educational establishments and requirements arises.

Communication and culture in the educational process of higher educational institutions is important because of the current tendency of states relationship and interaction on different levels, complication of socio — cultural contacts of people, which happens in the circumstances of globalization and international integration and determine the necessity to train highly skilled competitive specialists who would meet the international standards and be ready for intensive activity and cooperation. So let’s define these terms at first.

The term culture is widely implied in academic as sell as everyday speech directing to various understandings and concepts. While this term originally roots from ancient Roman and Greek cultures it has different dimensions nowadays built from various uses and needs of each field, be it sociology, anthropology and communication studies.

The concept cultura (Latin) — «processing», «agriculture», «cultivation», appeared in ancient Rome. The meaning of concept had been changed over time, giving way to another, connected with personal advantages and perfection of the person. To the middle of the 60th years of the XX century in the widespread researches there was a definition of culture as “sets of the material and cultural wealth” characterizing historically reached step in development of society.

Culture is a system of values, vital representations, examples of behavior, norms, set of ways and methods of human activity, objected in subject, material carriers (means of labor, signs) and transferred to the subsequent generations. It includes non — material culture — the abstractions created by the person, such as values, beliefs, symbols, norms, customs and the established principles, and material culture — physical artifacts or subjects — stone axes, computers, loincloths, tuxedos, cars, pictures, hammocks and indoor stadiums. Culture is the basis allowing people to interpret the experience and to direct the actions while society represents networks of the social relations arising between people. Culture is that allocates human society from animals. Culture is the environment which is artificially created by means of language, thinking and symbolical values.

The definition of culture borders on understanding it as a creative process. For these researchers, culture is, first and foremost, the creative ability, the very essence of the human. Pedagogical culture should be considered as a specific form of creative assimilating of all the components of educational activities. This being so, it makes the evaluation of the “newness” of programs and projects especially important. The activity- based approach to culture defines it as a sum total of all the means of transforming the human creative force into socially relevant values.

“Culture is a difficult educational system covering all spheres of life of society. Therefore it has variety of its definitions. «Culture is a difficult and multidimensional phenomenon which is not reduced only to ethics of behavior, art or humanitarian knowledge at all. Created by the person and therefore not natural, it includes also the relation to the nature (ecological culture), and the attitude ourselves as to a natural body (physical culture), and the attitude towards ourselves, but as social phenomenon (economic, political, communicative culture) [2].

All definitions above are entirely referred to the term of culture which is expressed and produced by communication. What is communication and how does it take place in society?

People can communicate not only verbally, sometimes they figure out each other and act through the movement of eyes, mouth, and eyelids without speech language. This kind of communication serve to the relation of people and that is why it is called non — verbal communication.

Communication achieves social cohesion of people preserving their personal characteristics, habits and ways of life. We communicate in a wide range of various contexts with each other, many types of cultural groups or subgroups (intercultural communication), or with large audiences (mass communication) and so on. However, in order to understand communication, we should understand its place in culture.

The relationship between culture and communication is very complicated, because culture is created by communication, it means communication is a basis of human interaction and cultural characteristics such as rituals, traditions, laws, roles, rules customs, etc., which are created and can be shared through communication. By side it seems that people set out culture during the interaction in relationships, organizations, groups, societies, but in reality it is culture which is natural product of social interaction.

In order to understand the essential meaning of the relationship between communication and culture, it is necessary to know these terms in communication processes. For instance, when a group of people meets, they bring individual behavior, opinion that was gained through the previous experience of communication and through other cultures of which they are, have been or a part.

As the members begin to be involved in communication with the other participants of the group, they get to have a set of gained experiences and ways of ways of their behavior. If those people keep interacting, a set of separate patterns, history, rituals and customs will develop. Some of the cultural characteristics would be evident and noticeable, so that a strange participant of that group would observe, and this new participant can influence that group in large or small ways as they he or she becomes the member of it. Obviously, this reshaped culture forms the communication of its current participants. As a result, communication forms culture, and vise a verse, culture forms communication.

Many researchers (S. N. Glazachev, I.Yu. Kuznetsova, O. G. Rogovaya, etc.) note impossibility of association of the concepts «culture» and “communication» («communicativeness») and enter the term «communicative culture» and consider it as a phenomenon of activity of society and understand it as part of culture of society from the point of view of its ability to provide communication and human relations, and also the relations of the person with the world, with the nature.

The analysis of modern researches on a problem of communicative culture showed that the concept «communicative culture» is often identified with such concepts as: «culture of communication» (I. A. Ilyaeva [4], Smirnova N. M. [5], etc.), «communicative competence» (S. L. Bratchenko [6], G. S. Trofimova [7], etc.). Сommunicative culture is correlative, dynamic and integrative education of layered structure, which is represented as the demand and motivation element as well as reflexive, personalized, practically efficient elements that determines the nature of interaction of the entities based on their realization of humanistic values and senses of interlocutory communication [8].

Thus, developing communicative culture in a foreign as well as native language within the educational process meets the requirements of modern standards of professional education that is referred to the development of an open and communicative personality who is able to work preventing conflicts, creating atmosphere of emotional balance and mutual understanding within a particular group of people. Because communication is the essence of culture, cultures wouldn’t exist and have been developed without communication, and communication wouldn’t have been improved without culture. People need to interact and communicate with each other to survive and it is obvious that this process is possible only with the help of culture. Relatively human life is directly connected with culture in terms of how human beings recognize themselves among others as well as the way they communicate verbally or non — verbally. Therefore, culture provides the language bases for the construction of communication within various members of society.

The relationship between language and culture is very close that people can’t live without any of them as communication and culture are two things that can't be separated, they need each other.

In order to form successfully a communicative culture of cadets’ is necessary to teach definite speech models, to elaborate communicative abilities by developing intellect and memory.

In order to form successfully a communicative culture of cadets’ is necessary to teach definite speech models, to elaborate communicative abilities by developing intellect and memory.