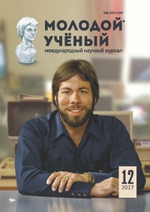 This article considers about forming the phonetic competence in a foreign language at the secondary schools by the help of various types of exercises. Here are given the basic requirements for improving the pronunciation skills either.

Phonetics is a branch of linguistics that studies the methods of education of human speech sounds. Material of phonetics is a combination of all audio equipment (phonemes and intonemes).

The followings are basic requirements for pronunciation skills:

Under the rhythmic intonation skills refers to the skills of intonation and rhythmically correct execution of speech and understanding the speech of others.

When we talk about teaching phonetics at school there is considered the formation of phonemic articulation, intonation and rhythmic patterns. The program provides the students mastering the sounds of the English language, tone of the narrative (affirmative and negative), imperative and interrogative sentences (Grade 5), intonation offers a frame structure (Grade 6) and intonation of complex sentences (Grade 7).

The sequence of the study of sounds in the practical nature of teaching foreign languages ​​in the secondary school is primarily determined by the two positions:

1) the need to develop an oral-language skills at the outset, already in an introductory course;

2) the need to consider phonetic difficulties. The leading method of mastering the pronunciation is repeated listening and imitative most accurate sound reproduction and subsequent use of it in the speech flow.

Phonetic exercises are the decisive factor in creating pronunciation skills are the followings:

1. Exercises on the perception of a new sound to the ear:

a. speech stream — a first speech sample of a teacher speech, then in mechanical recording.

b. a separate word, in isolation, in combination with the notes master, if the phoneme of the second group;

c. followed by a first repeat reproduction of a single word, then the speech sample.

2. Exercises to reproduce phonetic phenomenon which are used collective and individual forms of work.

a. reproduction of individual students and the teacher correcting possible errors.

b. choral play together with the teacher.

d. The individual playback of individual students in order to control the formation of the right auditory-speech motor sample.

3. Training exercises for the automation of pronunciation of speech skills in conditional phonetic speech directed exercises (eg, rhymes). These types of exercises are conventionally speech exercises with monological and dialogical nature, which study the phonemes trained in the conditional verbal communication in teaching speech. [1–78]

Here we give examples for the exercises for development of phonetic and intonation hearing:

Exercises for formation the pronunciation skills:

While forming the phonetic competence in a foreign language at the secondary schools teaching listening plays the most important role.

Listening from a psychological point of view is a complex hierarchical structure, in which the three levels can be identified:

‒ executive (student’s responding to a speech verbally and nonverbally).

The motive for listening is a cognitive-communicative interest (or a vital necessity) at the information contained in the audited text. Listening process involves the predicting phase on the semantic level:

The nature of forecasting and understanding depends on the level of language proficiency and, accordingly, the level of development of verbal hearing at this stage, the auditor's experience, awareness of the subject (subject audited the text).

All these components of listening allow a person to actualize the hearing samples of linguistic phenomenon (speech and intonation patterns), its generalized paradigmatic and syntactic structures, thus ensuring the correct prediction and subsequent meaning forming.

With the lack of formation of these components listening process occurs with more or less difficulty.

By the psychological factors there are some of the features of auditory memory, its «capacity» — the ability to hold a listening text (sentence, paragraph) of a certain length and depth (i.e., syntactic complexity). It was found that the proposals of the same length, but the difference of structured formedness present unequal difficulty to read and understand by hearing that determined by the characteristics of short-term verbal (auditory) memory.

The more complex are the syntax proposals (the larger inserts, syntax, sentence components), the more difficult to keep it in memory until the end of the perception.

After all, for understanding the meaning of the entire sentence the audited must keep the beginning of sentences in memory. Psychological difficulties of audition are caused as audited speech (live or referred in the manual recording), situational dialogic or contextual monologue speech, speech of acquaintance or a stranger (speaker), etc. Experience shows that the quality of listening depends on the nature of speech: speech in direct communication is better understood (ceteris paribus), than are in the manual recording. Because understanding the live speech is facilitated by extra-linguistic factors such as the situation, gestures, facial expressions, articulating.

Situational dialogic speech in the manual recording is generally understood with great difficulty than the speech of contextual monologue. Situational speech, followed by the visual side, is understood much more easily than contextual. Among the factors complicating listening, are also features of the speaker voice data (voice, height) and rate of speech. By linguistic difficulties of audited text refers, first of all, the presence in the text of a certain number of unknown and incomprehensible words, language material.

With regard to the difficulty of understanding the text due to ignorance of the language, it is important as the nature of language itself, and the location of unknown words in the text. Unfamiliar words in the beginning of the text are difficult to understand or properly orient the listener with respect to the subsequent detention of the audited text. The least negative impact on understanding occurs when the unfamiliar word is in the middle of the text or at the end of it, when its value is easily determined by the context. Grammatical phenomena may also be different in understanding the degree of the difficulties. [2–78]

Grammatical phenomena may also be different in the degree of understanding of the difficulties. «Non-essential» for understanding may be, for example, the end of adjectives; personal endings of verbs, if properly understood personal pronoun or a noun; the order of words in the interrogative sentence, and others.

The methodical literature in terms of content and composition distinguishes between «favorable», «neutral», «difficult» contexts. Favorably it will be interesting for the class the simple, clear language, and logical in its development of plot or fable context.