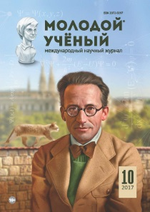 This article is devoted to philosophical analysis of objective and subjective factors of ensuring global ecological security.

Pollution of the environment may occur in relation with the activity of nature and human. The main sources of natural pollution occurs as a result of such natural processes like volcano eruption, mud flow, earthquack, strong flood, strong wind, fire and others. Such type of pollution related only with natural processes and there is no human interaction.

Appearance of this type of ecological problems related to activity, which is more rapid than human’s economic activity, the impact on its nature has increased noticeably; new anthropogenic buildings are established on landscapes, to cut it short, it is related with anthropogenic activity of landscapes.

Objective and subjective basis of ensuring ecological security connected in many terms with its attitude towards human’s nature and natural conditions; also with natural resources.

As German scientist Felix Muller has stated: “The decrease in quantity and quality of resources, rapid global population growth, and unequal access to resources are the basic drivers behind increasing environment-related security risks” [1].

These processes can have irreparable influence to renewable resources such as water, fiber, food, and clean air. This can lead to a relatively permanent loss of land that can be inhabited by people and human societies.

While ensuring ecological security, in our opinion, following steps should be emphasized:

Firstly, to take into account the level of impact on ecological environment of done work, while every object is approached by subject; secondly, to study natural condition of the atmosphere pollution and to decrease its harm as much as possible; thirdly, as the process of development of financial production in industrial and agricultural spheres considered to be one of the objects which are expanding nonstop, air pollution in atmosphere should be avoided and ecological prognosis which considering industrial waste decrease have to be elaborated; fourth, to take notice of that human factor have primary role in it. So, the relation between subject and object should be regulated and to achieve this effect: the health, social condition, rights and duties of people who live in the world community and other likewise issues have to be considered. As ensuring ecological security is the global transnational problem of the whole world nations, many international organizations are contributing to it, especially, the role of international organization UNO is essential.

According to the scientists in this sphere: “Over the next 100 years, one third of current global land cover will be transformed, hence the world will be facing increasingly hard choices among consumption, ecosystem services, restoration, preservation, or degradation.Environmental security is central to national security, comprising the dynamics and interconnections among humans and natural resources” [2]

Today, when human endeavors to achieve high goals, and goes rapidly through progress path, the international community faces a serious challenge as the solution of global problems. To strengthen the peace and cooperation in the world, and to ensure stable development of ecological security, the organization UNO works effectively. The main goal of UNO in this process is to unite the forces of progress supporters in order to find solutions to these problems. Calling the world countries for mutual communication and cooperation, to unite their power and abilities in the way of creativeness, that is, to solve the most important issues such as ecological problems are reflected in the Millennium Development Goals adopted by this organization. UNO is international organization, differs from other leading organizations by following peculiarities: specified for citizen service; is accepted by member countries as an international law subject; has its own budjet; is able to make a treaty throughout its legislature. Nowadays more than 2, 5 thousand organizations regulated by different ideas and aims are existed. Though they are characterized by their territoriality and based on two or multilateral cooperation, but none of them could unite millions of bonds that connects destiny of mankind.

To assure security and stability in the world; to save the Earth; to achieve cooperation in international and national relations; to save from global ecological disasters are the main goals of UNO.

While emphasizing the role of organization in the world politics, it should be assumed that in 6–8th September 2000, on 55th special session of General Assembly the declaration of Millennium was signed; main goals of the third millennium development, that is, eight essential things that have real importance in human’s destiny were adopted in this declaration.These are: to eradicate extreme poverty and hunger, to achieve universal primary education, to promote gender equality and empower women, to reduce child mortality, to improve maternal health, to combat HIV/AIDS, malaria, and other diseases, to ensure environmental sustainability, to develop a global partnership for development, and at initial stage, the goals, that should be achieved by mankind till 2015 are worldwide development objectives.

Certainly, in order to execute the Goals of Millenium program, first of all, problems should be analysed and for the solution, it is important to determine the role and contribution of developed and other developing countries.

Analysis of issues by regional and state condition that outlined in the goals of Milenium development, shows:

b) the number of elder population in the world makes up 1 billion, and it can be seen that 75 percent out of them are women.

Solving these problems considered to be one of the major tasks for mankind. Otherwise, they can cause long-term social-economical problems related to human factor, besides natural disasters that cause trouble in any case.

Adoption of UNO Millenium Development program in current globalization era, can be estimated as a new approach in its functional activity. Millenium Development Goals obtained a status based on declaration, and all member countries are required to fulfill above mentioned objectives; its annual analysis on an international, regional and national scale that presented by the Secretary General of General Assembly is the serious step in sustainable path of development.

The President of the Republic of Uzbekistan in his speech that he gave in September 20, 2010 in plenary meeting of UNO General Assembly devoted to Millennium Development Goals he emphasized that for the solution of problems concerning Central Asia, accurate suggestions and recommendations were important to be presented. Therefore, in his speech the President of Uzbekistan drew the attention of the world politicians to the necessity of new approach in international relations, moreover, he inclined that, global problems have to be settled at regional and state level of these countries.

In order to improve cooperation with other countries in environmental activities of the Central Asian countries, firstly, the interests of their countries and the Commonwealth countries in national and international environmental policy should be taken into account, as well as an objective assessment of the ecological situation gives opportunity to concern first of all, local and national interests, secondly, regional and global environmental issues.

In the sphere of ecological policy Uzbekistan takes part in international organizations that cooperate with the countries of Commonwealth. «In the current era, the internationalization process of environmental policy increasingly covers many countries around the world, regardless of geographical location,the level of economic development and ethnic systems. However, because of objective and subjective reasons, different levels of environmental development of some countries (i.e, technical, technological and intellectual backwardness) resists to the cooperation between them " [3]

The fact that Uzbekistan carries out its internal and foreign policy on the basis of democratic principles as an independent state, and that Uzbekistan actively participating in executing vital programs put forward by UNO proves that our country is not out of social economic processes that occur in the world.

Another initiative shown by the President of the Republic of Uzbekistan is that he has drawn the attention of summit members to Aral catastrophe. It was mentioned that, this catastrophe is not only regional, but also a global problem and currently constructing water installations can lead to ecological misbalance in region. This situation with no doubts can lead to dangerous anthropogenic disasters.

It was also said that: “The problem of increasingly drying Aral Sea is the problem of people who live in this area and those millions of people, who hopefully asking for the help such a powerful organization as UNO”. Yet, the Aral Sea was one of the beautiful and rare seas in the past, it is almost disappearing in a century period: its water area decreased 7 times; water volume fall down 13 times; its salinity increased to 10 times and it has been revealed that it is impossible for living organism to exist in this sea.

For the last decade number of measures and laws have been adopted on prevention negative impacts of ecological problems in our country. For, instance: according to paragraph 2.4 of “The program of Environmental protection of the Republic of Uzbekistan, 2008 -2012, international cooperation and main directions in the sphere of regional environmental security are emphsized. [4]

The HIV/AIDS epidemic, which began in the early 80-ies of the last century, 20 years into a global crisis and constitutes HIV — human immunodeficiency virus AIDS — acquired immune deficiency...

Since the beginning of the HIV / AIDS epidemic, stigma and discrimination have created a breeding ground for HIV transmission and have greatly increased the negative impact of the epidemic.

In July, zidovudine (AZT or ZDV) tests began, which became the only hope for people infected with HIV and AIDS for the next...

Although HIV infection is only a disease, it has many social and emotional consequences not only for those living with HIV / AIDS, but also for their families and friends...

The HIV/AIDS epidemic, which began in the early 80-ies of the last century, 20 years into a global crisis and constitutes HIV — human immunodeficiency virus AIDS — acquired immune deficiency...

Since the beginning of the HIV / AIDS epidemic, stigma and discrimination have created a breeding ground for HIV transmission and have greatly increased the negative impact of the epidemic.

In July, zidovudine (AZT or ZDV) tests began, which became the only hope for people infected with HIV and AIDS for the next...

Although HIV infection is only a disease, it has many social and emotional consequences not only for those living with HIV / AIDS, but also for their families and friends...