Mechanism of development of consumer market of region in modern conditions 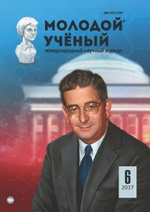 Gradually, the proportion of the middle class is increasing in Kazakhstan. The priorities of a potential consumer are changing, also. Price as a competitive advantage fades into the background bit by bit. People are more concerned about the quality of life and their health. Consumers are moving to western standards of service and prefer modern formats that save time, money and allow them to receive qualitative services in one place.

Currently, there are many definitions of the term «consumer market» which highlight the certain socio — economic features of a given element of the market economy. Traditionally, the formation of the consumer market is associated with the emergence of market relations in Kazakhstan in the late 80's and early 90-ies of the 20 th century and it is inextricably linked with the legislative basis in the Republic of Kazakhstan dated on the 7th of February, 1992 «On Protection of Consumer Rights» of the new entity of current relations which means consumer [2, p. 28].

The consumer market is the scope of the direct economic impact on the human factor and the social stability. The balance of prices of goods, flows of the production, the quantity and quality of goods and services is an essential component of the assessment of the quality of life.

As is known, the consumer market space is defined by territory where buyers can purchase goods and services. In Kazakhstan today accepted to allocate the following types of consumer markets [3, p. 95]:

− The market of economic region;

− The market of area, region, republic, district or their groups;

− The market of city, district, separate settlements that make up the district.

The conducted researches [4, p.25] have shown that in the coming years the development of both regional and inter-regional consumer markets will be determined by trends formed in the period from 1995–2000:

− The beginning of the stabilization and reduction of the decline in production in certain sectors of the economy;

− The continuing crisis of sales;

− The wide penetration of the domestic market by the imported goods and the loss of significant sectors by the domestic producers in the domestic and foreign markets.

The criteria for the formation of consumer markets development options are accepted:

− Improvement of the environment;

− Improving the efficiency of social production;

− The achievement of sustainable economic and social development;

− The elimination of inter-ethnic conflicts.

The forecast of emerging trends gives the opportunity to select options for the development of consumer markets [5, p. 112].

In the first variant (while ensuring the country's control over inflation, regulation of energy prices, achieving sustained stabilization) it is projected the increase in the rate of growth of inter-regional exchange and on this basis there is strengthening inter-regional economic integration.

The second option (while maintaining the production decline trends in all industries, high inflation, insolvency of buyers and suppliers of products, maintaining the budget deficit) means that the intensity of inter-regional exchange of goods can be reduced to the level on which the unity of the economic space of Kazakhstan essentially would be destroyed, economic foundations of the state would be lost.

In a third variant (when decelerating decline in production trends, the gradual reduction of the inflation rate and the reduction of the budget deficit of the country) it would require significantly more time to increase the rate of inter-regional exchange of goods than in the first embodiment and thus, it would take more time to increase the level of socio-economic development of regions, also, there is the tendency of strengthening of inter-regional economic integration, the formation of the single economic space of Kazakhstan.

On the one hand, the consumer market is one of the main components of the structure of a modern market economy, interacting with other elements on the rules established by the state, on the other it is an autonomous system, in which the relationship between the parties are interrelated and regulated primarily by state legislation. As a system, which has essential to ensure the livelihoods of people the consumer market cannot function and develop only on the basis of self-regulation [5, p. 12].

Regional consumer market is a valid model for the development and implementation of socio — economic policy in the region. In a market economy, the region's management declared as socially oriented, that is the priority of socio — economic development of the region given its citizens — consumers. Basing on the consumer market it is judged the level of economic development and the situation of the population. The activities of the consumer market are in the focus of the legislative and executive authorities at all levels in the region and the policy in the field of its development is understandable to consumers and all participants of related processes. Therefore, the problem of managing the normal functioning and development of the market is highly relevant and should be considered in various aspects of development of market economy and the position of its government regulation [6, p. 97].

To date, positive changes take place in the consumer market. If yesterday, the businessman was interested only in profits earned by the lowest cost and in the shortest possible time but today he is concerned of stability and real development prospects. In recent years, the number of companies that provide a variety of services to the population has grown; also, there is an increase in the number of organizations that offer business and professional services in the production and management. Gradually, the business transforms from the trade sphere to the field of services and manufacturing.

In Kazakhstan, in the whole the proportion of uncivilized trade (share markets, stalls, and pavilions) was significantly reduced. There is a trend in the development of shopping centers and the role of cultural — entertaining actions. There is an increasing number of shopping centers with the obligatory presence of the feeding zone, a variety of additional services, cinemas and so on. D. Following consumer preferences, the largest network operators are opening more and more stores in shopping centers.

In connection with the formation of new economic relations, a radical change of the entire consumer market management system, authorities at all levels with the consumer market participants there is a need to develop new effective current consumer market regulation mechanisms to facilitate coordinated interaction between all its members, which in turn forms a system of priority areas development, which is designed to provide positive results of the functioning of all its components.

Then, the main objectives of the proposed control mechanism should be:

− The provision of the subjects of the consumer market with the real financially property and organizationally-methodical support from the state;

− The creation of the system of promotion of goods and services produced by the subjects of regional producers for regional, national and international markets;

− The establishment and development of infrastructure;

− Support for the foreground directions of small businesses in cities and districts of the region.

The foreground areas of the consumer market development within the organizational-economic market management mechanism should be:

− The production of import-substituting and export — oriented consumer goods;

− Production and processing of agricultural products;

− Development of infrastructure of the consumer market;

− The development of stationary and itinerant trade of goods of local producers;

− Trading activities related to the supply of goods (works, services) for export;

− Development of systems of promotion of goods and services;

− Modernization of the system of ensuring employment and other.

And the controlling mechanism of development of the consumer market of the region in modern conditions should be based on the following principles:

− Ensuring a unity of economic space in the region;

− The creation of equal conditions for the economic development of areas (cities and districts);

− Effective protection of the economic environment, regardless of the internal administrative borders;

− Equal legal conditions for the freedom of economic activity.

The realization of these objectives, directions and principles in the management of the consumer market in the region show that the management should be systematic and comprehensive, responding to all the challenges and demands of the current situation in the economy and it should contribute to the coordinated interaction of all market participants, which in turn generates an adequate system of coordination of consumer market, which is designed to be a tool to protect the interests of all its participants.