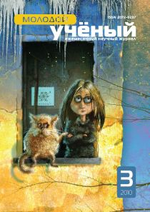 Motivation drives and directs behavior (the word “motivation” comes from the verb “motivate”, which means “to stimulate toward action”, and is used in psychology from 1904, meaning “inner or social stimulus for an action”); achievement (the word “achievement” comes from French “achievement”, “a finishing”, and means “act of completing something”) motivation governs behavior relevant to achievement and learning. An understanding of achievement motivation has implications for many aspects of human life, including how individuals develop new skills, how or whether they make use of existing skills. Consequently, issues concerning the nature and development of achievement motivation take on great theoretical and practical significance.

Like many psychological constructs, achievement motivation can be measured. A number of different tests exist to measure this kind of motivation, which differs in their administration, scoring, and interpretation procedure. As achievement motivation is an important factor in many domains (such as organizational, educational and clinical), the answers on this measurement tools can have a significant impact on many lives.

Achievement was initially recognized as an important source of human motivation by the American psychologist Henry Murray in the late 1930s. Although Murray identified achievement motivation as important to the behavior of many people, it were the American psychologists David MacClelland and John Atkinson who devised a way of measuring differences in achievement motivation. They used Murray’s Thematic Apperception Test (TAT) [5], a series of ambiguous pictures about which people were asked to write a story (as a determination of personality traits) for each photographs describing what happened, how the photographed people think, and how things will end to measure differences in achievement motivation. Some of the cards showed male figures, some female, some both male and female figures, some of ambiguous gender, some adults, some children, and some show no human figures at all. One card is completely blank. Using a technique known as a content analysis, the stories were scored for achievement imagery. Based on a substantial body of research, a theoretical model was developed.

TAT is used now, but not only to measure achievement motivation (for example, it is used in Argentina and France using a psychodynamic approach). Although most practitioners do not use formal scoring systems, several formal scoring have been developed for analyzing TAT stories systematically and consistently. One method is story sequence analysis, developed by Magda B. Arnold [2], who suggested that a story has a meaning beyond individual themes and cannot be fragmented into isolated parts. Arnold believed that an individual’s motivating tendencies shape the story’s action and are expressed in the story outcome. That is why scoring is based on what the story says and on the story outcome. According to Arnold’s studies with using of story sequence analysis, the ability to predict achievement motivation using this method is strong (Alpha de Cronbach is usually about .80). The story as a whole is more accurate reflection of an individual’s beliefs and motives. Other method is the use of Defense Mechanisms Manual (DMM), which assesses three defense mechanisms: denial (least mature), projection (intermediate), and identification (most mature). Other method, Social Cognition and Object Relations (SCOR) scale, assesses four different dimensions of object relations: Complexity of Representations of People, Affect-Tone of Relationship Paradigms, Capacity for Emotional Investment in Relationship and Moral Standards, and Understanding of Social Causality [3,4,6].

Now there are also a lot of other methods for measuring achievement motivation, such as, for example, Work and Family Orientation Questionnaire, surveys.

Work and Family Orientation Questionnaire is a multidimensional measure of achievement motivation and attitudes toward family and career. The scale, which was first developed in 1978 by Helmreich and Spence, was revised in 1983 and now consists of 19 items that assess achievement motives and 9 items that assess personal concerns. Items are answered on a 5-point Likert scale ranging from 1 to 5. Lower scores indicate higher achievement motivation. The scale consists of three factors of achievement motivation: (a) Mastery; (b) Work Orientation; (c) Competitiveness. The Mastery factor contains items reflecting a “preference for difficult, challenging tasks and for meeting internally prescribed standards of performance excellence”. The Work Orientation factor contains items reflecting “the desire to work hard and to do a good job of what one does”. The Competitiveness factor describes “the desire to win and be better than others in interpersonal situations”.

To understand better somebody’s achievement motivation, it’s necessary to use not only one method, but several. It’s also helpful to use data from many other different sources. For example, it’s possible to see person’s curriculum vitae with particular attention to his educational activities (diversity etc.), the results. It’s also possible to use self-reports, but only in combination with other methods, because, using alone, they are not very reliable measures.

Now, when many companies in different countries, particularly in Europe, pay special attention to develop their employees using coaching and mentoring, it’s possible to use techniques, which are used in this programs, to assess achievement motivation. For example, the tool “life’s line”: the subject is asked to draw a line and mark on it all important development in his life from the birthday to the moment. Then the subject is asked about other information, which he considers important, paying particular attention to all the achievements, and is left to reflect on them (he is asked of the methods, which he used to achieve something: alone or with help, if he liked to study at school and why etc.).

Overall, achievement motivation was, is and will be an important factor, which influence in human life. There are different methods to measure it, but, with the development of the other approaches to motivation and other constructs related to it, with a necessity to measure it more precisely, other measurement tools should be developed.