Different approaches to teaching substantivized adjectives to b2 level learners 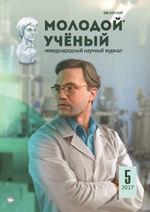 The article deals with the role of innovative technologies and different approaches to teaching substantivized adjectives to B2 level learners.

Our article is devoted to different approaches to teaching the substantivized adjectives to B2 level learners on the basis of the typologically relevant data of the two languages in their subsystems of the Adjectives.

The substantivized adjective is a very controversial but interesting linguistic phenomenon in both English and Uzbek. The adjective, being one of the notional parts of speech, expresses the quality, quantity, degree, state or a kind of other feature that nouns or other nominal parts of speech usually possess, whereas the substantivized adjectives incorporate the features of only the nouns.

Here we have pushed off from the following definition worked out by us: A substantivized adjective is a sometime adjective (of a simple or derivative, or composite structure) which has become nominalized acquiring (all) the features of the nouns. The process of substantivization is a universal phenomenon and considered to be a productive means of word-building, word-composition and even a word-coinage, thus enriching the vocabulary of any language.

Depending on all those factors we have introduced the notions and terms of a:

1) substantivized adjective of the singularia tantum (always have a singular form);

2) substantivized adjective of the pluralia tantum (always have a plural form) in Modern English. What concerns Uzbek it has all the substantivized adjectives that can have both singular and plural forms. These are the most relevant typological features of the compared languages which really might cause interlanguage interference. Such features are to be dealt with in teaching English (or Uzbek), for they cause some typical mistakes in constructing sentences and operating with them.

In our view the most appropriate term for such adjectives is “fully substantivized adjectives”. So, adjectives like lunatic, relative, conservative, native have acquired all the morphological features of the nouns.

Departing from the knowledge we have obtained from the various methodical and methodological research on teaching grammatical phenomena, we have created an effective strategy fully based on communicative approach to teaching in general and English in particular which presupposes the extensive use of interactive methods and modern technologies and advanced means of teaching the language.

The strategy offered here is the one that presupposes the use of advanced methods and procedures in accordance with the requirements of the world standards of teaching English as an international language, which strictly demands that such methods as interactive ones, requiring all kinds of effective ways of teaching, including individual work, pair work, group work, team work, clusters, etc.

The whole procedure of applying the strategy worked out by us to the process of teaching the English substantivized adjectives to B2 level learners is based on the three main phases of any teaching, that is pre-activities (brainstorming, warm-up, lead-in, etc), while/during activities (presentation, acquisition or mastering of the material under study) and post activities (consolidation of the covered material by applying communicative approach) with a permanent focus on the substantivized adjectives. The strategy under use is experimented through a system of exercises (language, conditional speech and speech exercises) that mutually complete one another in comprehensive learning of the grammatical material for purely communicative purposes.

We hope that the strategy we have created in our article may tend to be useful assets for working out effective methods and methodologies for teaching certain other grammatical topics.