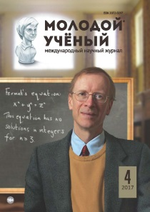 A teaching method comprises the principles and methods are used for instruction. Commonly used teaching methods may include class participation, demonstration, recitation, memorization or combinations of these. The choice of teaching method or methods to be used depends largely on the information or skill that is being taught, and it may also be influenced by the aptitude and enthusiasm of the students.

The following methods are distinguished in teaching.

Explaining, or lecturing, is the process of teaching by giving spoken explanations of the subject that is to be learned. Lecturing is often accompanied by visual aids to help students visualize an object or problem. Explaining may meet the needs of auditory or visual learning preferences but often fails to meet the needs of individuals with other learning preferences, such as kinesthetic or social learners.

Demonstrating is the process of teaching through examples or experiments. For example, a science teacher may teach an idea by perfoming an experiment for students. A demonstration may be used to prove a fact through a combination of visual evidence and associated reasoning.

Demonstrations are similar to written story telling and examples in that they allow students to personally relate to the presented information. Memorization of a list of facts is a detached and impersonal experience, whereas the same information, conveyed through demonstration, becomes personally relatable. Demonstrations help to raise student interest and reinforce memory retention because they provide connections between facts and real world applications of those facts. Lectures, on the other hand, are often geared more towards factual presentation than connective learning.

Collaboration—it allows students to actively participate in the learning process by talking with each other and listening to other points of view. Collaboration establishes a personal connection between students and the topic of study and it helps students think in a less personally based way. Group projects and discussions are examples of this teaching methods. Teachers may employ collaboration to access student’s abilities to work as a team, leadership skills, or presentations abilities.

Collaborative discussions can take a variety of forms, such as fishbowl discussions. After some preparation and with clearly defined roles, a discussion may constitute most of a lesson, with the teacher only giving short feedback at the end or in the following lesson.

In this teaching method, students assume the role of teacher and teach their peers. Students who teach others as a group or as individuals must study and understand a topic well enough to teach it to their peers. By having students participate in the teaching process, they gain self-confidence

and strengthen their speaking and communication skills.

Ancient education about 3000BC, with the advent of writing, education became more conscious or self-reflecting, with specialized occupations such as scribe and astronomer requiring particular skills and knowledge. Philosophy in ancient Greece led to questions of educational method entering national discourse.

In his literary work the republic, Plato described a system of instruction that he felt would lead to an ideal state. In his dialogues, Plato described the Socratic method, a form of inquiry and debate intended to stimulate critical thinking and illuminate ideas.

It has been the intent of many educators since, such as the Roman educator Quintilian, to find specific, interesting ways to encourage students to use their intelligence and to help them to learn.

Comenius, in Bohemia, wanted all children to learn. In his the world in pictures, he created an illustrated textbook of things children would be familiar with in every day life and used it to teach children. Rabelais described how the student Gargantua learned about the world and what is in it.

Much later, Jean-Jacques Rousseau in his Emile, presented methodology to teach children the elements of science and other subjects. During Napoleonic warfare, the teaching methodology of Johann Heinrich Pestalozzi of Switzerland enabled refugee children, of a class believed to be unteachable to learn. He described this in his account of an educational experiment at Stanz. He felt the key to have children learn is for them to be loved. 19th century compulsory education it was.