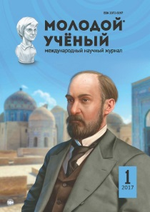 Were investigated the basic characteristics of different local national traditions of tolerance of Azerbaijan as the multiculturalism sample based on the different springs and sources. Also has been researched the main features of modern tolerance in the World countries.

Modern multicultural societies develop on the deliberate policy of multiculturalism based on the cultural strategies. The demonstration of this is a development of Azerbaijan Republic, where develop representatives of different nations, which integrate into the national culture of Azerbaijan. Rejecting of multiculturalism does not promise anything good, because this path leads through the development of disagreement, phobia, ethnic and religious conflicting of the world.

Multiculturalism is an important instrument of cultures and civilizations. It is impossible to respect and have a tolerant attitude to the representatives of other cultures without learning their nature, history and achievements [6].

And it is far from the reality to have mutual understanding and establish a dialogue between cultures and civilizations in this case.

What is tolerance and multiculturalism? In fact, this means humanity. If we can attitude with humanity to the religion, culture and history of each other, it means that we live in multicultural societies.

Azerbaijan from this point of view can not only present their Multicultural Society, but also can be an example for the world in this field. In various countries in the world are trying to study the practice of multiculturalism in Azerbaijan. Azerbaijan is a country where coexist different religions. And the representatives of these religions have always lived in peace, friendship and cooperation. All religious monuments in Azerbaijan restore. Atashkah (temple of fire-worshipers) in Baku is the historical past of the Azerbaijani people and it is a monument of Zoroaster (the founder of the religion of fire-worshipers) period. Along with the restoration of old religious monuments also built the mosques, synagogues and churches. Above-mentioned demonstrates the development of the Azerbaijani society; it is also an indicator of the state policy here.

So that Azerbaijan is a part of the Islamic world is located at the crossroads of East and West, and is considered as the largest Muslim republic in the Caucasus. The people of Azerbaijan as well as other peoples of the Caucasus have always been loyal to his moral and religious values, and approach to their traditions with respect. In spite of the fact that the majority of the Muslim population of Azerbaijan composes Shiites, Azerbaijan is also home for members of other religions and different ethnic groups. Tolerance and respect to national minorities has been since ancient times, it comes from the time of the Great Silk Road to our times. And this attitude composes the foundation of our country. After acquisition of independence, Azerbaijan has increased the number of men and women from the national minorities who hold high positions in the government of Azerbaijan [2].

The incidents which happen during the destruction of the Soviet Union become a serious examination for religious and national tolerant traditions of Azerbaijan. In this period Armenians which occupied more than twenty percent (20 %) of Azerbaijani territory realized a policy of ethnic cleansing which results by more than a million refugees in Azerbaijan. Despite that representatives of civilian population were killed and expelled from their homes, a principle to live in peace and side by side is one of the main principles of Azerbaijan society. Even despite the fact that twenty years passed after the beginning of the war in Nagorno-Karabakh, Azerbaijani society continues to maintain harmony between religious and ethnic groups.

Living together of Muslims and Jews in Azerbaijan can be a model for the whole world. The fact that the only Jewish settlement which is located outside of Israel called the Qirmizi Qesebe (Red Town) located in Guba region of Azerbaijan regards as the pride for Azerbaijan. One more factor which unites Muslims and Jews of Guba region is a tragic incident happened in 1918–1919. At that time members of the Armenian nationalist party named “dashnaksitun” derives ruthless mass extermination of Jews and Azerbaijanis.

Azerbaijan people and the Islamic religion played an important role in preserving the culture of tolerance between different religions and ethnic groups up to date on this territory. Preservation of religious and ethnic tolerance in Azerbaijan up to this day is the result of the correct policy of the President of Azerbaijan Mr. Ilham Aliyev, who continues to sound policy of the national leader of Azerbaijani people Heydar Aliyev.

Taking into the consideration the importance of presentation of Azerbaijan, where multiculturalism becomes a style of life, to the world as an example more widely and for analyzing the models of tolerance of different countries was created Baku International Multiculturalism Center with decree of President of Azerbaijan Republic from date 15 may 2014 year. The main direction of activity of the center is the development of intercultural dialogue and humanitarian affairs. The President of the Azerbaijan Republic declared 2016 year as a year of multiculturalism.

About research of some problems of craftsmanhip features of Ganja...

Guliyeva NM, Hasanov EL (2012) About ethnographic-archaeological research of some handicraft branches of Ganja during XIX — XX centuries / Progressive scientific explorations — 2012: Proceedings of the

Some ıssues of research of effectıveness of renewable energy sources

About historical issues of research of medieval heritage of Ganja city

Not one, but eight, centuries have elapsed since then, yet the vitality of Nizami reaches beyond the temporal borders of his clairvoyance, leading the

About research of some problems of craftsmanhip features of Ganja...

Guliyeva NM, Hasanov EL (2012) About ethnographic-archaeological research of some handicraft branches of Ganja during XIX — XX centuries / Progressive scientific explorations — 2012: Proceedings of the

Some ıssues of research of effectıveness of renewable energy sources

About historical issues of research of medieval heritage of Ganja city

Not one, but eight, centuries have elapsed since then, yet the vitality of Nizami reaches beyond the temporal borders of his clairvoyance, leading the