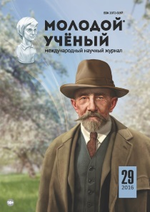 This article, without claiming to be exhaustive solution of all questions arising in the study of «false friends of translator», aims to cover only some relevant aspects of the problem.

In modern linguistics increasingly widespread, synchronous comparative method. Born in the nineteenth century, it is gaining popularity especially among linguists, and other countries since 30 years of XX century and mainly in the last decade. The role of the comparative study (English, contrastive or comparative study descriptive study)of languages are especially important, in particular, due to the wide possibilities of the application of his insights in the areas of General and machine translation, foreign language teaching, etc. This area of linguistic research is stimulated and its links with other important theoretical problems of linguistics, including bilingualism and multilingualism, and language contact.

Synchronous-comparative method is aimed at finding coincidences and differences in language structures, considered from the standpoint of not development and functioning and can be mapped languages related to any language family and any historical period. In fact, the attention of researchers is attracted almost exclusively to new languages in connection with applications. The comparison conducted separately for each level of language structure, may rely on descriptive or structural technique. But in any case, the ultimate goal of it is usually the identification of the opportunities for transformation of linguistic systems in the translation process, or to establish the degree of proximity of individual elements and whole systems studied in the second and native languages as a basis for the preparation of teaching materials for foreign language teaching.

In particular, the words synchronically of any two compared languages with respect to their subject-logical can stay in the relationship is either of equivalence (often a relative, within special areas of vocabulary — absolute). Considering, moreover, the ratio of the sound (or graphic) side equivalent of words and the ratio of their syntagmatic, speech characteristics, it is possible to further distinguish between synchronic interlingua categories of absolute and relative synonymy and homonymy paronymy. The synonyms of word play in both languages, fully or partially matching value and use (and, respectively, are equivalent when translated). Interlingua homonyms can be words in both languages, similar to the point of identification by sound (or graphic) form, but with different meanings. Finally, to the interlingua paronymy should include the words compared languages, are not quite similar in form, but which may cause greater or lesser number of individuals about the Association and to be identified with each other, despite the actual difference in their values. In turn, the cross-language synonyms can be ' divided into similar in appearance (to the degree of identification in the processes of contact and comparison of languages) and externally different. — Specific vocabulary, as a rule, has a peculiar external form, although there may be cases of interlingua homonymy and paronymy.

In the practice of translation and lexicographical works, as well as the teaching of foreign languages present particular difficulties of cross-language relative synonyms similar species, as well as interlingua homonyms and paronymy. All of these are semantically somewhat heterogeneous cases have in common is the practical circumstance that the words associated and identified (due to the similarity in terms of expression) in two languages, in terms of content, or use does not fully correspond or not completely correspond to each other. That is why the words of this type received in the French language the name of faux amis du traducteur «false friends of translator». [1]This term, entrenched French u, and hence in Russian linguistic terminology, has an advantage over used in parallel German and English descriptive revs, it can be assigned to any words of the appropriate type, not reducing them to a more particular case of foreign words, acting in this role. Absolutely not-accurate is the name of the category of words occasionally encountered in the literature. Finally, less successful, and the proposed language of the Michigan school name deceptive cognates [2] («deceiving cognates»), tan as the term «cognate» is traditionally associated in General linguistics origin of words in related languages, while in Caen the group of words is determined purely synchronically, regardless of their origin.

Fundamentally, we must distinguish «false friends of translator», in oral and written forms of speech. This requirement is mandatory in the case of mapping languages with completely different writing systems or, on the contrary, in the case of languages with a common script, but phonemically dissimilar words. For Russian and English languages with them similar types of mails that are in regular correspondences, this in fact may be omitted, although the degree to which the matched tokens are identified bilingual individuals, and there is a few different Noah in each of the forms of speech, and in certain cases, the identification of multilingual words generally takes place only in one of the forms of speech (for example, Russian. geyser and English, geyser ['gi:za] «geyser» bath similar only in writing).

Historically, the «false friends of a translator» are the result of interaction of languages in a limited number of cases can be the result of random coincidences, but are related, particularly closely related languages are based on related words, ascending to the common prototypes of language-based. Their total number and the role of each of the possible sources of their formation are different for each specific pair of languages that had delays genetic and historical relationships of languages.

From the first glance, it may seem that «false friends of translator» is able to enter misleading only people who start learning the language and poor knowledge of them. In fact, as noted by the researchers of this lexical category, the situation is the opposite: the majority of «false friends» (except the few most obvious cases, mainly related to homonymy) is dangerous for individuals, confident and almost satisfactorily using language, although not reaching the degree of bilingualism adequate unmixed and therefore allowing the false identification of individual elements of the systems of foreign and native languages. So, there are numerous semantic calques and violations of lexical compatibility or stylistic coherence not only in the processes of use of foreign language, but when translating into their native language and even in the original usage of words in their native language.

Although the issue of «false friends of translator» attracted the attention of many specialists in translation and teaching of foreign (and even second) language, a detailed examination of this category of words for the vast majority of languages missing. Not to mention the short, more or less random lists in separate articles and educational publications, there can be called, in fact, only bilingual dictionaries on the French and [3] English, Spanish and French [4], German and French [5], Russian and Polish [6] languages.

Many dictionaries of this kind combines the peculiarity that they are not a substitute — for the words — the usual bilingual dictionaries, and collections are unique, often valuable, but sometimes random comments. Such comments are aimed at the prevention of errors when using a foreign language, sometimes at improving the quality of translations on native language, and even just to improve the culture of native speech. In theoretical and practical respects, more useful dictionaries of «false friends of translator», giving the description of all values that are peculiar to each word, and reflecting his stylistic, emotionally expressive, major grammatical features and lexical combinability.

Depending on the specific application purpose of a bilingual dictionary, the method of the description of the words in it may be different. The description vocabulary can be produced in the own terms of the described language (from the standpoint of his own system), as in monolingual explanatory словарях1). Installed in this case, the values can be called absolute. Each of these are set in opposition to other, related, meanings of the language. This is reflected in the dictionary, where the meaning of the word is described in contrast to the related values of more common descent, and then a more private, specific order. So, the basic meaning of the English word fruit is defined as «the part of the plant or tree that contains seeds suitable for food (including, for example, apples, pears, peaches, bananas, plums, cherries, etc.)": here the lexicographer is based on many oppositions inherent to specific lexical-semantic subsystem (dictionary) of the English language. This kind of values underlie the practical mastering of language as a communication tool.

On the other hand, for use when transferring more convenient bilingual dictionaries that give the mapping of the vocabulary of the foreign and native languages. Here is the description of the semantics of the language words is produced from the position of some other language. The technique of such description can be twofold. First, both languages are «apologise», ie, are described in parallel, and the basis of comparison is a third language (including the corresponding meta-language of science, a system of graphic images, etc.). An example is illustrious-bathrooms bilingual dictionaries series. Second, the meaning of words of the source language can be described through the prism of the system of values of a second language that more or less consistently and is done in a bilingual transfer dictionaries. Obtained in this description of the lexical meaning can be called relative. They are established by projecting systems of the absolute values of the source language into systems absolute values of the target language, and the results of the description (i.e. translation equivalents) are valid only for a given pair of languages, one-sided and irreversible. So, the value of the English word fruit is reflected in the English-Russian dictionary in the form of two relative values: «fruit» (e.g., apples, etc.) and «berry» (for example, about the cherries and the cherries). But, of course, here still it is impossible to conclude on the transfer of absolute Russian values «fruit» and «berry» in the English language: this requires detailed consideration of the reflection of these values in the corresponding lexical-semantic subsystem of the English language.

Frequent evaluation of the differences, sometimes socially constructed, socio-political vocabulary: in the reactionary bourgeois circles of English-speaking countries the word propaganda is often commonly team is being built with the concept of «lie», «deceit of public opinion. However, in the discourse of progressive journalism these words free from disapproving of color and can be used in positive contexts, reflecting the proliferation and in-depth study of any of the ideas, teachings and persons engaged in relevant work. Completely neutral and not recorded by most dictionaries the meaning of the word propaganda «persuasion, conviction», is widely represented in modern English and American literature. Russian words propaganda, a propagandist neutral in emotional-expressive attitude, and can be used in the various governmental contexts. In recent decades, they are still widely used in relation to the Soviet reality in the sense of «dissemination of knowledge of cultural values» (a combination of type promotion of scientific knowledge, pedagogical propaganda, propaganda art, propaganda literature, etc.); however, the first cases of the synonymous use of words educator and advocate date back to the XIX century.

Differences in lexical compatibility of the corresponding Russian and English words pose significant challenges in the study of languages and the translation, but, as a rule, have not been sufficiently incorporated in the bilingual dictionaries. This assumes that such difficulties are almost always avoidable with regular (not machine) translation, because the translator based on your language instinct, «feel», in any valid combinations recommended in the dictionary word. This is mainly true in the native language, but usually to a much lesser extent, foreign languages. The situation is complicated by the fact that the preference for a particular word in this combination cannot be justified by anything other than tradition.

This article, without claiming to be exhaustive solution of all questions arising in the study of «false friends of translator», aims to cover only some relevant aspects of the problem.