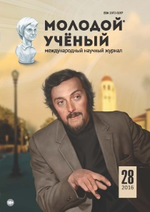 This study was carried out to confirm the effectiveness of powder extracted from mature dried Moringa oleifera (M. oleifera) seeds which is commonly available in most rural communities of Viet Nam in drinking water treatment. The optimal dose of M. oleifera seeds was 200–300 mg/l for both artificial water sample and Red river water sample which have Tss range 30–400 mg/l. In the process of coagulation and flocculation using M. oleifera powder do not change the pH of water, the pH values (6.9–7.6) obtained for the treatments were in the recommended range set by WHO. Also, after coagulation process, the total coliform contaminated in three samples of river water were reduced up to 91 %.

Today, coagulation and flocculation are an essential part of drinking water treatment using chemical coagulating agents, including aluminum sulfate, iron salt. They not only make water price higher but also it is harm for human health. Earlier research findings of Crapper et al. (1973) and Miller et al. (1984) pointed out that the chemicals used for water purification can cause serious health hazards such as Alzheimer’s disease (in case a high level of aluminium in the brain). However, Davis (2006) found no conclusive evidence linking aluminum with Alzheimer’s disease. Also, studies by Letterman and Driscoll (1988), Mallevialle et al. (1984) and Miller et al. (1984) have raised doubts about the advisability of introducing aluminium into theenvironment by the continuous use of aluminum sulfate as a coagulant in water treatment (Amos et al., 2009). More synthetic polymer toxicity has been banned in Japan and Switzerland according to Bolto, Gregory, 2007. On another point, in rural areas in developing countries development, water treatment costs when using aluminum salt is still quite high for many households is the main reason why not to supply water to everyone.

Therefore using natural coagulant is the researcher has concerned a new technology in drinking water treatment. Among plant materials that have been tested over the years, the seeds from M. oleifeira have been shown to be one of the most efficient primary coagulants for water treatment (Katayon et al., 2006). M. oleifera is a tropical plant belonging to the family of Moringaceae, a non-toxic (Grabow et al., 1985) and natural organic polymer. This plant originates from the southern foothills of the Himalayas in northwestern India, and widely cultivated in tropical and subtropical areas; it has been found in many other countries such as the Philippines, Cambodia, Vietnam (Anwar et al., 2007). They grow and develop rapidly, often referred to as a vegetable with high nutritional content, or main ingredient of functional foods because it contains many antioxidants.

M. oleifera seeds have been identified as the most effective coagulant especially for high or medium turbidity water. The seed kernels contain significant quantities of a series of low molecularweight, water-soluble proteins which, insolution, carry an overall positive charge. The proteins are considered to act similarly to synthetic, positively charged polymer coagulants. When added to raw water the proteins bind to the predominantly negatively charged particulates that make raw waters turbid (silt, clay, bacteria etc.). Under proper agitation, these bound particulates then grow to form the flocs, which may be left to settle by gravity or be removed by filtration (Geoff et al.). However, they have only just tested on artificial turbid water and some raw water in Africa such as Sudan, Ghana. In Vietnam, an Asian country with the low income of the majority population, 70 % of the population living outside urban areas, and despite M. oleifera growing wildly in some provinces like Thanh Hoa, Ninh Thuan, An Giang and Binh Thuan. However, the data research on the effectiveness of its for drinking water purification in Vietnam is still rare. Therefore, this study confirms the effectiveness of powder processed from M. oleifera seeds as water coagulant for different surface water in Vietnam.

The M. oleifera seeds were harvested from Gia Lam district, Hanoi, Vietnam. Good quality seeds were identified from those, which were not rotten, old, infected with diseases, brownish and dried once opened. The seeds were dried in the oven (Blinder, USA) for 24 h at 40 oC. The shells surrounding the seed kernels were removed using the knife and the kernels were pounded using laboratory mortar and pestle into powder. Put 1 g of M. oleifera seeds powder into a beaker containing 40ml of distilled water. The mixture was blended using magnetic stirrer (IKA, RT5P, China) for 30 min at high speed to extract the active ingredient of M. oleifera. The suspension was then filtered through a muslin cloth with a pore size 80–120 µm in a beaker to give a stock solution of 10 g/l. After that, this stock solution was dilutedto different concentration100 mg/l to 500 mg/l.

Synthetic turbid water samples were prepared by adding kaolin (produced from NhaTrang, Khanh Hoa province) into distilled water. 10 g of kaolin was added to 1l of distilled water. The suspension was stirred slowly at 20 rpm for 1 h in a jar test apparatus (VELP, JLT6, Italia) for uniform dispersion of kaolin particle. The suspension was then allowed to stand for 24 h to allow for complete hydration of the kaolin.

Coagulation test was carried out using jar test (VELP, JLT6, Italia) involved rapid mixing, slow mixing, and sedimentation in a batch process. In order to reproduce the coagulation and flocculation stage in drinking water treatment, in each round of the experiment, pour 1L water sample (artificial or surface) into the beaker and stir rapidly for 4 minutes with M. oleifera seeds extracts predetermined concentration then stirred for 20 minutes (the rotational speed of the stirring paddle fast and slow stirring respectively 100 rpm and 40 rpm). Next, the suspensions were left to stand for 30 minutes. The supernatants formed were decanted and subjected to pH, TSS for both synthetic and surface water samplesand total coliforms count measurements for river water samples. Each batch experiments were conducted in parallel with a control sample template is not added coagulants.

All the experiments were conducted in duplicate (the accuracy is considered to be 74 %) to ensure there producibility of the results; the mean of these two measurements are presented here in. The TSS removal efficiency (TRE) was calculated using Eq. (1) as follows:

where To and T represent the initial and final TSS(mg/l)of water, respectively.

where Co and C represent the initial and final Total coliform count (MPN) of water, respectively.

3.1 Effectiveness of purification on synthetic turbid and river water sample

The Fig. 1 illustrates that the optimum dosage of M. oleifera seeds that gave the highest TRE-dependent on the initial turbidity. They have linear relationship meaning initial turbidity of water sample was increased, the required optimum dosage of coagulant also increased. For small and medium turbidities (TSS of the water sample from 30 mg/l and 150 mg/l), the optimum dosage of M. oleifera was 200 mg/l while for high water 300 mg/1 produced most top turbidity removal (sample S, S3 with TSS 200 mg/l, 300 mg/l respectively). Such as the higher levels of TSS concentrations, the much more M. oleifera extract dosages should use. However, for samples S3, when the concentration of coagulant increased to 400mg/l and 500mg/l, the TRE were decreased to 78.3 % and 64 %. Likewise, TRE of sample R3 reduced 5.4 % at point coagulated solution 500 mg/l. This result is also suitable with the primary coagulation –flocculation theory because this overdosing resulted in the saturation of the polymer bridge sites and caused destabilization of the destabilized particles due to an insufficient number of particles to form more interparticle bridges (Muyibi and Evison, 1995, 1996). The optimum dosages found in this research were similar with previous researchers. Vo Hong Thi et al found the optimum M. oleifera about 200 mg/l-300 mg/l to clarify water sample with turbidity from 50 NTU to 300 NTU. However, this value was significantly higher than those obtained by previous researchers (Muyibi & Evison, 1995). They documented the optimum dosages of about 100 mg/l and 50 mg/l for moderate to high turbidities (250–550 NTU) and low to medium turbidities (50–150 NTU), respectively. This difference might lead due to the difference in experimental conditions employed, such as settling time, mixing velocity gradient and mixing durations. Comparison between optimum dosage obtained in this study and those obtained by Muyibi and Evison (1996) also revealed insignificant differences, which might be due to usage of different species of M. oleifera (Jahn, 1988).

After coagulation process, total coliform count were showed that in Table 2.

Total coliform index of surface water before and after coagulated treatment

This table was observed that the M. oleifera coagulant solution had an added advantage of reducing microbial load. All surface water after treatment were found substandard column A1 QCVN 08–2008 (National technical regulation on surface water quality).This supports findings of Schwarz (2000) that the process of coagulation removes about 90–99 % of bacteria which are typically attached to the solid particles. The seed kernels of M. oleiferaaccording to Schwarz (2000) contain lower molecular weight water-soluble proteins which carry a positive charge. When the seeds are crushed and added to water, the protein produces positive charges acting like magnets and attracting predominately negatively charged particles such as clay, silk, and other toxic particles. Under proper agitation, these bound particles then grow to form the flocculates which are left to settle by gravity. This accounted for the effectiveness of M. oleifera as a coagulant for raw water purification.

About pH of sample water after coagulation-flocculation treatment are constants from 6.9 to 7.6. This is an advantage of M. oleifera extracts to help cost reduce and protect human health.

Thus, summing up the results of the research have from 2 decades ago torecent (some mentioned above) together with the results of this study have proven particle M. oleifera absolutely can be used as an effective flocculant for water treatmentnaturally in many areas, if possible, from Africa to Asia and even Europe. In Viet Nam, some previous study had resulted about the effectiveness of M. oleifera extract as the coagulant for purification medium and high turbidity surface water (Vo Hong Thi et al., 2012).

This study illustrates that M. oleifera have strong ability to replace traditional chemical coagulants because of safety for people, reduction water prices and efficient treatment up to 100 % for high turbidity water.

Currently, M. oleifera is a relatively common plant grown in some provinces in Vietnam. We can mix and encourage the use of M. oleifera seeds for many purposes (as food). Therefore, treatment water with M. oleifera seeds is promised suitable method for supplying clean water to rural communities in Vietnam, especially flood plains.