Computer technologies in criminalistic expertology: modern possibilities of use 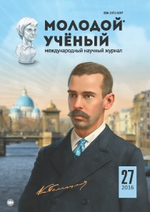 Computer forensics integrates the fields of computer science and law to investigate crime. For digital evidence to be legally admissible in court, investigators must follow proper legal procedures when recovering and analyzing data from computer systems. Unfortunately, laws written before the era of computer forensics are often outdated and cannot adequately assess the techniques used in a computer system search. The inability of the law to keep pace with technological advancements may ultimately limit the use of computer forensics evidence in court. Privacy advocates are growing especially concerned that computer searches may be a breach of a suspect’s human rights. Furthermore, as methods for encryption and anonymity grow more advanced, technology may be abused by helping criminals hide their actions. Ultimately, the role of technology in computer forensics may not reach its full potential due to legal boundaries and potential malicious intentions.

Evidence from computer forensics investigations is usually subjected to the same guidelines and practices of other digital evidence. It has been used in a number of high-profile cases and is becoming widely accepted as reliable within U. S. and European court systems.

In court, computer forensic evidence is subject to the usual requirements for digital evidence. This requires that information be authentic, reliably obtained, and admissible. [6] Different countries have specific guidelines and practices for evidence recovery. In the United Kingdom, examiners often follow Association of Chief Police Officers guidelines that help ensure the authenticity and integrity of evidence. While voluntary, the guidelines are widely accepted in British courts [1, 101].

Computer forensics is the practice of collecting, analysing and reporting on digital data in a way that is legally admissible. It can be used in the detection and prevention of crime and in any dispute where evidence is stored digitally. Computer forensics follows a similar process to other forensic disciplines, and faces similar issues.

By running such a program and attaching a destination drive to the suspect computer, the examiner will make changes and/or additions to the state of the computer which were not present before his actions. However, the evidence produced would still usually be considered admissible if the examiner was able to show why such actions were considered necessary, that they recorded those actions and that they are to explain to a court the consequences of those actions [2, 244].

Today’s forensic examiners have become the victims of their own success. Digital storage devices such as hard drives and flash memory are such valuable sources of information that they are now routinely seized in many investigations. As a result, examiners simply do not have the time to analyze all the media that comes across their desks.

We have identified several uses for cross-drive analysis:

Today we have ten cool technologies used in forensic scienceat the present stage:

There are few areas of crime or dispute where computer forensics cannot be applied. Law enforcement agencies have been among the earliest and heaviest users of computer forensics and consequently have often been at the forefront of developments in the field.

Computers may constitute a ‘scene of a crime’, for example with hacking or denial of service attacks or they may hold evidence in the form of emails, internet history, documents or other files relevant to crimes such as murder, kidnap, fraud and drug trafficking.

However, sometimes it is not possible or desirable to switch a computer off. It may not be possible if doing so would, for example, result in considerable financial or other loss for the owner. The examiner may also wish to avoid a situation whereby turning a device off may render valuable evidence to be permanently lost. In both these circumstances the computer forensic examiner would need to carry out a «live acquisition» which would involve running a small program on the suspect computer in order to copy (or acquire) the data to the examiner’s hard drive [5, 22].

For computer forensics to progress, the law must keep pace with technological advancements. Clear and consistent legal procedures regarding computer system searches must be developed so that police and investigators can be properly trained. An International Code of Ethics for Cyber Crime and Cyber Terrorism should also be established to develop protocols for «obtaining and preserving evidence, maintaining the chain of custody of that evidence across borders», and «clearup any difference in language issues». Following these measures may be the first steps to resolving the technological and legal limitations afflicting computer forensics. Interpol, the International Criminal Police Organization, has developed a Computer Crime Manual with «training courses» and «a rapid information exchange system» that serves as a foundation for international cooperation. Lastly, the criminal abuse of technology can be limited by equipping the police department with state-of-the-art training and equipment for forensic analysis. Only then is the world safely prepared to face the future of technology. As one author predicts, «the next world war will be fought with bits and bytes, not bullets and bombs».

Evaluation of renoprotective efficiency of eprosartan and lercanidipine...

As a result of this meeting in Skolkovo such international companies as Intel, Nokia Siemens Networks, Microsoft, IBM, Google and Apple have been

Evaluation of renoprotective efficiency of eprosartan and lercanidipine...

As a result of this meeting in Skolkovo such international companies as Intel, Nokia Siemens Networks, Microsoft, IBM, Google and Apple have been