Impact of games on speaking proficiency in the classroom 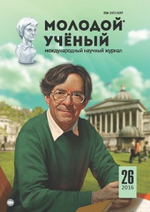 Speaking is a kind of bridge for learners between classroom and the world outside [5, 7]. It is vehicle par excellence of social solidarity, of social ranking, of professional advancement and business. It is also a medium through which much language is learnt…, [6, vii]. To know the language learners can speak, it is necessary to get them to actually, say something. To do this they must act on knowledge of grammar and vocabulary. The application of this knowledge can be realized by speaking practice. Besides, New Webster`s Dictionary [7, 932] states that speaking is an act to express idea, feelings, and thought orally. It is also called oral communication. According to Syakur, speaking is a complex skill because at least it is concerned with components of pronunciation, grammar, vocabulary and fluency [8, 5]. Speaking is an act that is done naturally by people in their life. Sometimes they share their problem to someone they believe in. They have a freedom to express what they want to say. Language is a tool which is used to communicate with other. One of the ways is speaking. Speaking here means individual’s ability in expressing the idea. According to Oxford Advanced Learner’s Dictionary, speaking is making use of words, knowing and being able to use language: expressing oneself in word, making speech, while is the ability to do something well [9, 495]. Therefore the researcher can infer that speaking proficiency is the ability to perform linguistic knowledge in actual communication. The ability to express our idea, feeling, thought and need orally. As speaking is to communicate, it generally becomes main goal of learning in language. People learning the language certainly wants to speak it. It means when someone wants to master a certain language being learned, the first language skill he wants to acquire is speaking, because it will make them able to practice it with other people. When we are talking about speaking, it is dealing with proficiency. According to Longman Dictionary of Contemporary English, proficiency is a good standard of ability and skill. In harmony with that, Oxford Advanced learner’s Dictionary says proficient means doing or able to do something in a skilled or an expert way because of training and practice. Based on wikipedia fluency and language competence are generally recognized as being related with speaking.

Speaking Accuracy and Speaking Fluency Speaking is the skill by which they are most frequently judged, and trough which they make or lose friends. It is the vehicle par excellent of social solidarity, of social ranking, of professional advancement and of business. [11, vii] By giving learner’s speaking practice and oral exam the researcher recognize that there is a difference between knowledge about language and skill in using it. Bygate [12, 4] states that there is a fundamental difference between knowledge and skill. Both can be understood and memorized, but only skill can be imitated and practice. He clarifies that skill can be seen from two basic ways. The first is motor receptive skill that involves perceiving, recalling and articulating in the correct order sounds and structures of the language. The second is interaction skill involving making decision about communication, such as what to say, how to say it, and whether to develop it, it accordance with one’s intention while maintaining the desired relation with other. Furthermore, scientists make specification about oral. Here oral can be defined as speaking. He believes that oral is to: 1. Express oneself intelligibility 2. Convey intended meaning accurately with sufficient command of vocabulary 3. Use language appropriate to context 4. Interact with other speaker fluently. He also rates oral into four areas that are interactive communication for fluently effect on listener, intelligibility for pronunciation or prosodic features, appropriacy for pragmatic competence or register, and accuracy for structures and vocabulary resources. It makes speaking demand fluency, intelligibility, appropriateness, and accuracy. Based on the definitions above, it can be concluded that speaking is a complex cognitive skill which demands fluency, intelligibility, appropriateness, and accuracy in its process. There are three kinds of speaking situations: 1. Interactive Speaking Interactive speaking situations conclude face to face conversations and telephone calls, in which we are alternately listening and speaking and we have a chance to ask clarification, repetition from our conversation partner. 2. Partially Speaking It is kinds of speaking situations when giving a speech to a live audience, where the convention is that the audience doesn’t interrupt the speech. 3. Non-interactive Speaking It happens when recording a speech for radio broadcast.

Speaking has many different aspects, said Gower, Philips, and Walters [13, 99].

The concept of teaching speaking Speaking seems one of the most important in language learning: people who know a language are referred to as speakers of that language, as if speaking included all other kinds of knowing and many if not most foreign language learners are primarily interested in learning to speak. Teaching speaking is not an easy job. Some teachers get very involved with their students during a speaking activity and want to join in too. There is nothing wrong with teacher getting involved of course provided they don’t star to dominate. Although it is probably better to stand back so that the teacher can watch and listen to what is going on, students can also appreciate teacher participation at the appropriate level — in other words, not too much, said Harmer [15,94]

Characteristics of Successful speaking activity The goal of teaching speaking is communicative efficiency. Learners should be able to make themselves understood, using their current proficiency to the fullest. They also should observe the social and cultural rules that apply in each communication situations. According to Ur [17, 120], there are some characteristics of a successful speaking activity:

Problems with Speaking Activities According to Ur [18,121], there are some problems faced by the learners in speaking activities. The problems include inhibition, the lack of theme to be spoken, the low of participation, and the use of mother tongue. Those problems can be explained as follows:

Solutions for the Problems of Speaking Activities There are some solutions which can be selected to overcome the problems in speaking activity [Ur, 19, 121-122]. These are: