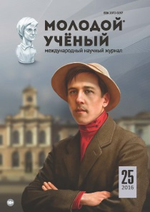 The evolution of the English dictionary is rooted in the general evolution of the English language. In this development the chief pressures were exerted by the steady increase in the word stock of English. Such an overall increase as this made the dictionary necessary. The pressure of vocabulary, however, has always been influenced and reinforced by intellectual climate of each successive period of the language.

The beginnings of dictionary history are neither national nor concerned with any of the national languages. They are concerned with the international language of medieval European civilization: Latin. Our first wordbooks are lists of relatively difficult Latin terms, usually those of a Scriptural nature, accompanied by glosses in easier or more familiar Latin. Very early in the Anglo-Saxon period, however, we find glosses containing native English equivalents for the hard Latin terms and it may be that two of these—the Leiden and Erfurt Glosses- represent the earliest written English we posses. Such glosses, whether Latin-Latin or Latin-English, continued to be compiled during the entire Anglo-Saxon and most of the Middle-English period.

The next stage of development attained in England around 144, was the collection of the isolated glosses into what is called a glossary, a kind of very early Latin-English dictionary. As it chances, our first example of the glossary, the so-called Medulla Grammatica written in East Anglia around 1400, has never been printed; but two later reductions were among our earliest printed books…

The first onset of the Renaissance worked against rather than in favor of the native English dictionary. The breakdown of Latin as an International language and the rapid development of international trade let to an immediate demand for foreign-language dictionaries. The first of such works was rapidly followed by the best known of all such works, Florio’s Italian-English dictionary (1599). Meanwhile, the first great classical dictionary, Cooper’s Thesaurus (1565), had already appeared. It should be noted, in passing, that none of these various wordbooks of the 16th century actually used the title dictionary or dictionarium. They were called by the various kinds of fanciful or half-fanciful names, of which hurts ‘garden’ and thesaurus ‘hoard’ were particularly popular.

During the late 16th century, the full tide of the Renaissance had been sweeping curious flotsam and jetsam into English literary harbors. Constant reading of Greek and Latin bred a race of Hoofers pedants who preferred the Latin or Greek polysyllabic in a Latino-English syntax. Their strange vocabulary — studded with what some critics call ‘inkhorn’ terms- eventually affected English so powerfully that no non-Latinate Englishman could ever hope to read many words in his own language unless he was provided with explanations of elements unfamiliar to him. The Dictionary of Hard Words the real predecessor of the modern dictionary was developed to provide precisely such explanations. It is significant that the first English word book to use the name dictionary, Coke ram’s The English Dictionary (1623), is subtitled An Interpreter of Hard Words. If the 16th was the century of the foreign language dictionary, the 17th was the century of the dictionary of hard words.

Between 1708 and 1721, hard-word dictionaries began to be replaced by word books giving ever –increasing attention to literary usage.

The first book to embody the ideals of the age was Nathaniel Bailey’s Universal Etymological Dictionary of the English Language, originally published in 1721. This, one of the most revolutionary dictionaries ever to appear, was the first to pay proper attention to current usage, the first to feature etymology, the first to give aid in syllabification, the first to give illustrative quotations (chiefly from verbs), the first to include illustrations, and the first to indicate pronunciation. An interleaved copy of the 1731 folio edition was the basis of Samuel Johnson’s Dictionary of 1755; through Johnson, it influenced all subsequent lexicographical practice. The position of dictionary pioneer, commonly granted to Johnson or to Noah Webster, belongs in reality to one of the few geniuses lexicography ever produced: Nathaniel Bailey.

Johnson’s Dictionary (1755) enormously extends the techniques developed by Bailey. Johnson was able to revise Bailey’s crude etymologies, to make a systemic use of illustrative quotations, to fix the spelling of many disputed words, to develop a really discriminating system of definition, and to exhibit the vocabulary of English much more fully than had ever been attempted before. It (his two-volume work-Ed.) dominated English Letters for a full century after its appearance and after various revisions, continued in common use until 1900. As late as ‘90’s most Englishmen used the word dictionary as a mere synonym for Johnson’s dictionary; in 1880 a Bill was actually thrown out of Parliament because a word in it was not in “the dictionary”.

One of this tasks taken upon himself by Johnson was to remove “improprieties and absurdities” from the language. The dictionaries of the second half of the 18th century extended this notion particularly to the field of pronunciation. Various pronunciations experts edited a series of pronunciations dictionaries. Of these, the most important are Thomas Sheridan’s General Dictionary of English Language (1780), and John Walker’s Critical Pronouncing Dictionary and Expositor of the English Language (1791).

If the chief contributions of the 18th century to dictionary making were (1) authoritative recording of literary vocabulary and (2) accurate recording of pronunciation, those of the 19th were unmistakably (1) the recording of word history through dated quotations and (2) the development on encyclopedic word books. Already in 1755, Samuel Johnson had hinted in his preface that the sense of a word ‘may easily be collected entire from the examples’. Duping the first twenty-five years of century, the researches of R. K. Rask, J. L. C. Grimm and F. Bopp clearly defined the historical principle in linguistic. It was only a question of time, therefore, before someone combined Johnson’s perception with the findings of the few science of historical linguistics. That person was Charles Richardson, who, in his New Dictionary of English Language (1836), produced a dictionary completely lacking definitions but one in which both the senses and the historical evolutions of the senses were accurately indicated by dated defining quotations. Richardson’s work leads directly to the great New English Dictionary on Historical Principles, first organized in 1858, begun under Sir James Murray in 1888, and completed under Sir William Craggy in 1926. With its supplement (1933), the New English Dictionary or Oxford English Dictionary (N. E. D. or O. E. D.) Covers the vocabulary of English with a completeness of historical evidence and discriminations of senses unparalleled in linguistic history.

Since the publication of the O. E. D., the only important British dictionary has been Henry Cecil Wild’s Universal Dictionary of English Language (1932), a work of somewhat restricted vocabulary coverage but one which may well point the way to the dictionary of the future. Wild has discarded the older logical definitions for definitions of a more functional nature; his examples delve deeply into idiom; has etymologies are of a completeness and modernity unparalleled in any medium-sized word book.

The modern dictionary is typically a single compact volume published at a relatively modest price containing:

(6) selective treatment of synonyms and antonyms;

The first American dictionaries were unpretentious little schoolbooks based chiefly on Johnson’s Dictionary of 1755 by way of various English abridgments of that work. The most famous work of this class, Noah Webster’s Compendious Dictionary of the English Language (1806) was an enlargement of Enrick’s Spelling Dictionary (London, 1764), distinguished from its predecessors chiefly by a few encyclopedic supplements and emphasis upon its (supposed) Americanism. The book was never popular and contributed little either to Webster’s own reputation or to the development of the American dictionary in general.

The first important date in American lexicography is 1828. The work that makes it important is Noah Webster’s An American Dictionaries of the English Language in two volumes. Webster’s book has many deficiencies etymologies quite untouched by the linguistic science of the time, a rudimentary pronunciation system actually inferior to that used by Walker in 1791, etc.- but in its insistence upon American spellings, in definition keyed to the American scene and its illustrative quotations from the Founding Fathers of the Republic, it provided the country with the first native dictionary comparable in scope with that of Dr. Johnson. Probably its greatest contribution to succeeding American dictionaries was the style of definition writing-writing of a clarity and pithiness never approached before its day.

The first American lexicography to hit upon the particular pattern that distinguishes the American Dictionary was Webster’s lifelong rival, Joseph E. Worcester. His Comprehensive Pronouncing and Explanation Dictionary of the English Language (1830), actually a thoroughly revised abridgement of Webster’s two-volume work of 1828, was characterized by the additions of new words, a more conservative spelling, brief, well-phrased definitions, full indication of pronunciation by means of diacritics, use of stress marks to divide syllables, and lists of synonyms. Because it was compact and low priced, it immediately became popular-far more popular, in fact than any of Webster’s own dictionaries in his own lifetime.

The storm of abuse in the popular press that greeted the appearance of Webster’s Third New International Dictionary is a curious phenomenon. Never has a scholarly work of this structure been attacked with such unbridled fury and contempt. What underlies all this sound and fury?

So monstrous a discrepancy in evaluation requires us to examine basic principles. Just what’s a dictionary for? What does it propose to do? What does the common reader go to a dictionary to find?

Before we look at basic principles, it is necessary to interpose two brief statements. The first of these is that a dictionary is concerned with words. Some dictionaries give various kinds of other useful information. Some have tables of weights and measures on the flyleaves. Some list historical events, and some home remedies. And there is nothing wrong with their so doing. But the great increase in our vocabulary in the past three decades compels all dictionaries to make more efficient use of their space. And if something must be eliminated it is sensible to throw out these extraneous things stick to words.

And so back to our questions: what’s a dictionary for, and how, in 1962, can it best do what it ought to do? The demands are simple. The common reader turns to a dictionary for information about the spelling, pronunciation, meaning and proper use of words. He wants to know what is current and respectable. But he wants — and has a right to- the truth, the full truth. And the full truth about any language and especially American English today, is that there are many areas in which certainly is impossible and simplification is misleading.