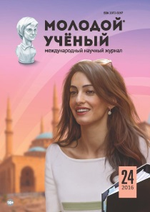 In today’s world the language is changing every day and every minute, so the problem of nonce-word is one of the most significant linguistic problems. Appearance of nonce-words is an ongoing process. Nonce-words are difficult to translate, because the author creates it and puts some implicit information and stylistic charge in it. Nonce-words enable us to show emotions, feelings, attitudes to different events. That is one of the main reasons why linguists, writers, journalists, students pay their attention to them in increasing frequency.

Nonce-words have already been an object of scientific research. Many foreign and Russian researchers have their own view on this issue. They have not got an agreement about how to classify them, what kinds of words should be called nonce-words and whether any of them will become neologisms or disappear, how the usage of nonce-words has changed according to different periods of time in our history, when the peak of using this kind of words has started and why.

Lexicon of any language may be divided into 2 groups: widely used vocabulary and limited one. Last one consists of archaisms and neologisms. There exist 3 types of neologisms: lexical, semantic and nonce-words.

A nonce-word is author’s individual neologism, created according to the existing nonproductive word-formative model and used only in the case of context, as a lexical means of artistic express and lingual game. Nonce-words usually do not get wide spreading and enter vocabulary [6].

The term «nonce-word» was for the first time mentioned in the N.I. Feldman’s article «Nonce-words and lexicography».

In the «Linguistics’ terminology dictionary» D.E. Rozental and M.A. Telenkova give us the following definition: «Neologism is a word, formed with the help of nonproductive model and used only in terms of given context» [5, с. 359]. We will use this definition as a working one.

There can exist many reasons for creating new words. N.G. Babenko gives the following: necessity of expression of our thoughts, desire of the author for expressing his thought briefly, demand for putting emphasis on the object of speech, giving one’s assessment and characteristic to it, drive for deauotomation of perception, requirement of avoiding the tautology, necessity of saving verse’s rhythm and providing rhyme [2, с. 15].

– Nonce-words of the first degree. Words of standard, potential formation, which are created in line with norms of language.

– Nonce-words of the second degree. It is partly non-standard formation, which does not make any difficulties in semantic interpretation.

– Nonce-words of the third degree. It is fully non-standard formation, which make difficulties in semantic interpretation [2, с. 16].

Secondly, E.A. Zemskaya distinguishes 3 types of nonce-words according to the aspect of breaching the law of word-formation:

Thirdly, there exist nonce–words which are made according to the language the work is written in, with the creating words reflecting the influence of borrowings from other language.

Fourthly, there exists systemized classification of nonce-words according to their structure:

These words are unrecorded ones. The author creates them only in the sound form, which enables him to show the semantics of words with the help of sounds.

These ones are created by the combinations of affixes and stems in compliance with word-formative norm or in some contradictions.

The words show us forms in which lexico-semantic and grammatical form are in conflict. With the help of the author impossible one becomes possible.

Semantic nonce-words are the result of appearing semantic augments.

The words present the confluence of lexemes, compatibility of which is not possible.

Different parts of words are printed in different sizes. Those ones on which the emphasis is put are written in bigger letters than those which are less important. This kind of words is widely used in headlines.

Firstly, we’ve classified nonce-words according to the degree of occasionality, introduced by N. Babenko:

Secondly, we’ve classify them according to their structure:

The ways of making nonce-words:

By analyzing nonce-words used in books about Harry Potter we can conclude that J. K. Rowling created a great amount of nonce-words connected with magic.

“It's Amortentia! It's the most powerful love potion in the world!”

“It's Veritaserum, a colorless, odorless potion that forces the drinker to tell the truth”, said Hermione”.

“A Horcrux is the word used for an object in which a person has concealed part of their soul”. — “I don't quite understand how that works, though, sir,” said Riddle. His voice was carefully controlled, but Harry could sense his excitement. — “Well, you split your soul, you see”, said Slughorn, “and hide part of it in an object outside the body. Then, even if one's body is attacked or destroyed, one cannot die, for part of the soul remains earthbound and undamaged”.

The nonce-words used by J. K. Rowling bring a nominative and expressive function, what make these books unique.

“Mr. Dawes: Well, do you have anything to say, Banks?

George Banks: Well, sir, they do say that when there's nothing to say, all you can say . . .

Mr. Dawes: Confound it, Banks! I said, do you have anything to say?

So, the main functions of nonce-words are:

To sum up, the most widely-spread type of nonce-words according to the N. Babenko classification is the type of the second degree — partly non-standard formations that cause no difficulties in interpretation. The lexical nonce-words are the most frequently met type in the headlines of newspapers and advertisement and titles of books and films.The most productive type of creating nonce-words is blending.