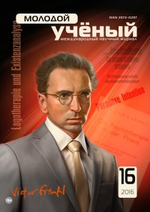 The modern financial system is on the verge of global changes. This is primarily caused by the widespread introduction of new technologies and IT systems. They increase the speed and accessibility of the transaction dramatically. Nowadays people have more confidence in technology that leads to a complete rethink of such traditional institutions and concepts as «currency» and «money». Moreover, comprehensive globalization can be called a key trend in the development of modern financial market. It promotes the development of technological innovations and as a result the creation of flexible and reliable financial instruments.

In the context of the above mentioned trends cryptocurrency arises and develops rapid. It stands a good chance to become a prototype of a new generation of world currency, which will radically change the existing financial sector.

Eugene Volovik, the head of the Department of Information and Communications of the Federal Financial Monitoring Service, fairly said: «Just as email has replaced the post office and such popular services like Skype or Viber have changed the telegraph, the financial market will be under drastic changes that begin from cryptocurrency and consist of total automation, availability and freedom from mediators». [1]

Cryptocurrency was created in 2008 by a programmer under the pseudonym of Satoshi Nakamoto. In the beginning it was presented in only one form — Bitcoin and now there exist more than 600 different cryptocurrencies. [2] The total market cryptocurrency capitalization totals more than $8 billion currently [3] that approaches to the amount of Tajik GDP. [4] Over the past 8 years of drastic development the understanding of the cryptocurrencies economic substance has changed: in 2008 it was considered to be just play money, but today cryptocurrency is recognized as full-fledged means of payment in many developed countries. Besides, the number of Bitcoin users is constantly increasing: up to date in the US it reaches 1.2 million people, in China — 350 000, in Germany — 250 000. [5]

Moreover, according to the Juniper Research, the number of cryptocurrency users will have reached about 5 million by 2019, increasing 3.5 times as much as nowadays. [6]

The uniqueness and increasing popularity of cryptocurrency may be attributed to its distinctive features. The key one — decentrality — means the absence of any financial regulator which could issue cryptocurrency and monitor transactions.

The issue of virtual currency is carried out by means of a distributed computer network. Using a special program each user can participate in the transaction authentication and the formation of a public registry of payments, while providing computing resources of your PC and get some cryptocurrency as a «reward». This process is called «mining». In addition, cryptocurrency can be obtained through the exchange of other goods and services, or by buying on Cryptocurrency Exchange.

Therefore, cryptocurrency may be characterized by the limited nature of the issue, simplicity and high speed of transactions, the absence of transaction fees, inability to reject or cancel the transaction and convertibility to any currency.

The unique characteristics of cryptocurrency endue it with a range of competitive advantages.

Firstly, due to the limited issue the use of cryptocurrency cannot cause the inflation and consequently the devaluation of savings. This peculiarity is subjected to the limited issue — a principle that was originally founded in the cryptocurrency code. It results in a remarkable matter: every year the process of mining becomes more energy- and time-consuming that leads to a gradual slowdown of cryptocurrency emissions. So at the moment more than 11 millions of Bitcoins are created and, according to expert calculations, each 4 years their generation will be reduced by half until the complete stop in 2140, on reaching the amount of 21 million. [7]

Secondly, cryptocurrency, in contrast to the traditional currency, cannot be forged due to the principle of the block chain, where the information of each unit of cryptocurrency produced and all virtual currency transactions incurred is stored and verified.

Thirdly, cryptocurrency makes users free from paying fees for transfers and other transactions. This turns to be possible due to eliminating the mediators who are responsible for carrying out transactions. Moreover, there arises a possibility of microtransactions, which before was restricted by a certain minimum amount (transactions could not have been carried out below the settled amount).

Fourthly, cryptocurrency does not depend on the global political situation because its value is formed only on the basis of market supply and demand. It may be especially true in times of political and economic instability.

Undoubtedly, some characteristics of cryptocurrency, in particular, its anonymity, may be used for criminal purposes and thus become a considerable threat for the state. However, the right legal regulation of the cryptocurrency use could minimize these risks and maximize the benefits of carrying out transactions in a virtual currency.

World cryptocurrency regulatory experience seems to be highly controversial: most developed countries, including the USA, Germany, Japan have accepted them as a legal tender. Now they are on the way of developing the infrastructure for providing a successful operation and distribution of virtual currency. Many other countries, including Russia and China, regard cryptocurrency with noticeable apprehension and tend to ban its use. Nevertheless, cryptocurrency continues to develop and transform the traditional financial sector.

The first country in Europe which clearly defined the status of cryptocurrency was Germany. In 2013, the virtual currency Bitcoin was recognized by theFederal Ministry of Finance as a «unit of account» used for tax and commercial purposes within the country. This type of money is also referred to as «artificial currency» or «side payments.» It gave a powerful impulse to the development of cryptocurrency and its wide use within the legal boundaries.

The Ministry stated that the Bitcoin was not classified as electronic money or foreign currency, and is viewed more as a financial instrument, or «private money» that can be used in a «multilateral clearing circles». [8]

Germany gave a legal status to the Bitcoin as it could become an alternative to the euro if the single currency ever ceases to exist. Schaeffler, a member of the German Parliament’s Finance Committee, who pushed for legal classification of bitcoins, said «If the euro does go belly up the German authorities could potentially still collect tax if everyone started using the Bitcoin» — that’s a good example of German forward-thinking! [9]

Moreover, German banks work with virtual currencies officially. In particular, the Bank FIDOR was the first to launch cryptocurrency transactions. In February 2015 the bank together with the exchange bitcoin.de launched mutual Bitcoin-trading, allowing customers to buy and sell Bitcoins for traditional currency and keep their money on traditional bank accounts.

According to the FIDOR managing director, «fast money transfers in the system of Bitcoin transactions increases safety significantly. Thus, FIDOR Bank opens a new stage in the digital banking». [10]

At the end of 2015 Bitcoin was set equal to the traditional currency by the European Union. According to the EU Court of Justice decision, cryptocurrency conversion was exempt from value-added tax. This step accelerated the process of cryptocurrency legalization in Europe.

Japan does not stay on the sidelines of the modern trend. The Japanese Financial Services Agency has tabled a bill on the Bitcoin recognition as a traditional currency. In case of adopting this bill, cryptocurrency will be considered as a means of exchange, which can be used for purchasing goods and services. Thus, the regulation of Bitcoin will contain all the rules and restrictions that already exist in traditional regulation of currencies, that according to the Japanese Parliament this step is to stabilize cryptocurrency market and attract new investments in Japanese Bitcoin industry, which can be called one of the fastest growing in the world. [11]

Today we witness global changes in the financial environment, related to the phasing out of paper money in favor of cryptocurrency technologies, which, in my opinion, could rightly be regarded as a symbol of the 21st century.

In less than a decade they were able to work the way up from an unknown payment system to the legally and widely recognized currency with an ever-growing popularity and a high level of users’ confidence.

Today it is already possible to pay with Bitcoin for pizza or a cup of coffee, to buy a Lamborghini, pay the tuition at the University of Cyprus or the Higher School of Directors and Script-writers in St. Petersburg, to receive salary in form of cryptocurrency and perform necessary transactions around the world in no time.

All performed peculiarities seem to change the traditional financial sector and make it more flexible, versatile and independent.

At a forum in Davos Herman Gref, the chairman of Sberbank, admitted: «Cryptocurrencies is a very interesting international experiment that breaks the paradigm of monetary emission. And they are definitely not worth banning, but should be understood, studied and probably regulated properly». [12]