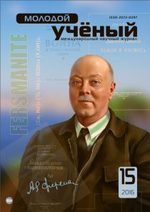 Investment plays a key role in development at national and world scale. The special role of the international investment market realize by economic entities activity growth, by increasing manufacturing and trade, by monetary and financial areas integrity. Nowadays the base of globalization’s processes in economy is the financial and investment contents that are forced by numerous inside and outside factors. At the same time the investment processes in conditions of globalization demonstrates sustain correlations between the trends of world economic development, regional development and adaptability of particular countries, enterprises, founds etc. These correlations are forming an actuality and necessaries of research work at this sphere.

Results. Globalization process is oriented to expand business operations on a worldwide level and achieving hi-level result from over competitive position of economic entities with lower operating costs and to gain greater numbers of products, consumers and services. This approach to competition is gained via diversification of resources, the creation and development of new investment opportunities by opening up additional markets, and accessing new raw materials and resources. A significant attention at these ways pays to foreign investment. They help to involve new technologies, progressive business processes and experience into organizations’ activity.

It should be accent that Governmental Investment Agencies use various marketing strategies inspired by the private sector to try and attract inward FDI, including Diaspora marketing. According to the United Nations Conference on Trade and Development (UNCTAD), the global expansion of FDI is currently being driven by over 65,000 transnational corporations with more than 850,000 foreign affiliates [1, 2].

Also, the well-known fact is that the difference between FDI and FPI can sometimes be difficult to discern, given that they may overlap, especially in regard to investment in stock. Ordinarily, the threshold for FDI is ownership of «10 percent or more of the ordinary shares or voting power» of a business entity.

The investing company may make its overseas investment in different ways — by setting up an associate or subsidiary company abroad, through a merger or joint venture. Also company may make investment by acquiring shares of an overseas company. An example of foreign direct investment would be a Russian company setting up a joint venture to develop a mineral deposit in Ukraine. Another example would be a Chinese company taking a majority stake in a company in Australia.

The recipient countries usually focus FDI investment into new infrastructure and other boost development projects. Great competition forced by new companies can be a cause of productivity gains and efficiency growth at the recipient country. Also it can improve the corporate governance standards.

The extremely important process at foreign investment is the transfer of unique skills through training and job creation, the availability of more advanced technologies for the domestic market and access to research and development resources. The additional opportunity to the local population can be an employment at newly-formed businesses.

FDI is not just a transfer of ownership as it usually involves the transfer of factors complementary to capital, including organizational skills, management and also technology. The foreign direct investment includes the horizontal FDI, vertical FDI and conglomerate. The horizontal FDI take place when a firm duplicates its home country-based activities at the same value chain stage in a host country through FDI. The vertical FDI take place when a firm moves upstream or downstream in different value chains through FDI. Conglomerate is the most unusual form of FDI as it involves attempting to overcome two barriers, entering a new industry and a foreign country. This leads to the analytical solution that diversification and internationalization are often alternative strategies.

In many cases, multinational corporations conduct horizontal foreign direct investment (FDI) activities in order to expand their operations into another market [6]. Often the need at vertical FDI stems from the problem of finding distributors for a specific market and of its own distribution network forming to fulfill the strategic niche. Countries’ investment policy measures continue to be geared predominantly towards investment liberalization, promotion and facilitation. In 2014, more than 80 percent of investment policy measures aimed to improve entry conditions and reduce restrictions. A focus was investment facilitation and sector-specific liberalization (e.g. in infrastructure and services). New investment restrictions related mostly to national security concerns and strategic industries (such as transport, energy and defence) [2].

There are a lot of advantages of FDI. It can be an effective way to enter into a foreign market and to acquire important natural resources. Also it is the development of new industries. Usually a local company can develop a strategic alliance with a foreign investor to develop a new industry in the developing country.

Comparison of FDI, GFCF (gross fixed capital formation) and international trade for seven years (2008 to 2015) makes it possible to assess the level and relevance of FDI in terms of globalization.

Source: created by author based on [2]

Global foreign direct investment inflows fell by 16 per cent in 2014 to $1.23 trillion, down from $1.47 trillion in 2013. The decline in FDI flows was influenced mainly by the fragility of the global economy, policy uncertainty for investors and elevated geopolitical risks. New investments were also offset by some large divestments. The decline in FDI flows was in contrast to growth in GDP, trade, gross fixed capital formation and employment. There is an increase of GDP, trade, FDI and GFCF in 2015, this is good trend.

The FDI analysis of different countries is shown in the table 2.

Source: created by author based on [5]

The given table shows that the biggest sum of FDI was in China in 2014, which included 289097181064 U.S. dollars. Also, one of the biggest FDI was in United States that year. Unfortunately, FDI оf Ukraine in 2014 included only 847000000 U.S. dollars. At the next stage we’ll analyze averages and projections of global FDI flows by group of economies (table 3).

Source: wrote by author based on [2]

As the table shows that FDI inflows to developing countries will continue to be high. The large increase inflows in 2016 should be at developed countries, reflecting stronger economic activity.

In the globalization conditions [4] it is extremely important to pay attention not only at volume of FDI but at the source of FDI and it is directions too. It needs to draw private foreign investors’ investment funds from highly developed countries with a high “market culture”. These sources, including human, scientific and innovative element, can generate the market infrastructure development in Ukraine.

The feature of globalization processes is financial flows forming that are directed to the spheres that play a crucial role in a market economy, such as consumer goods, tourism, financial services, food industry and food safety development, sustain supply chain forming etc.

Ukraine is potentially an attractive place to invest. The reason is that the great amount of sources and human capital are in it, and that it represents the one of the largest domestic market in Europe.

FDI is a source of funds necessary for modernization and expansion of the Ukrainian economy. FDI helps to bring new production technologies and also the “technologies” of market behavior, of corporate governance, of running small and big businesses, of financial strategies, of marketing.

It is especially important to be receiving investment funds of private foreign investors from highly developed countries with a high market culture. These funds are coming together with people, institutions, and know how that would help the development of market infrastructure in Ukraine. FDI by institutional investors іs less market oriented. Its «budget constraints» are softer. Investment decisions are often more political and economic. Therefore its effect on the competitive market development may be mixed. The shadow FDI, which is a result of money laundry activities, іs not helpful. It supports tax evasion and corruption.

Wherein, the consumption per capita remains at a low level that determines the much more absorption capacity than in the highly developed Western countries that are already saturated with consumer goods and services. But now the FDI per capita in Ukraine is one of the lowest in Europe [4].

Conclusion. The global FDI is increasing gradually, but there is a big difference in various countries. While developed countries and also economies in transition saw a significant decrease, inflows to developing economies remained at historically high levels.