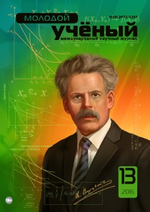 The aim of the research

to research similarities of the Kazakh and English names

to identify common cultural values of English and Kazakh

Structure and semantics of Kazakh and English names

We used a method of component analysis as an effective means of studying the lexical meaning, as well as methods of continuous sampling and field work (in the collection of factual material), the reception of quantitative calculations, which allowed us to determine the percentage of matched language units for various reasons, and in some cases used etymological analysis.

We used an interview method. We interviewed a number of teachers who came from England, Canada and the USA, working in the Nazarbayev Intellectual school.

Stages in the collection of the material

The material was collected in several stages:

Stage II — analysis of the results of questioning and interviewing;

The relevance of the research is in the structural and semantic description of informal personal names and in the clarification of anthroponomical functioning in various linguistic-cultural communities.

The scientific novelty of the work

The scientific novelty: this research work gave a complete description of the structural and semantic, motivational identity of personal names in different structural languages; ​​identified patterns of naming personal names of people with similar meanings in different cultures and matched their tendencies; conducted a comprehensive study of the interaction of national cultures at anthroponomical units.

The practical significance of the project is application to the learning of the Kazakh and English languages.

Despite the different structure of languages Kazakh and English)and the differences in the mentality of people, members of these ethnic groups, the naming system has a similar history and trends, as well as two completely different people have names with the same value, it indicates the similarity of people's values (religion, happiness, joy, love, peace, valor etc)

During the research we have found some interesting facts about phonetic similarities between Kazakh and English names. We thought, that these similarities are the result of historical loanword. The names like Maria, Aidan, Lily, Adam, Eric, Sara, Diana, Aaliyah, Altair, Arman, Alan in English have their identical form in Kazakh: Maeriya, Aidan, Liliya, Adam, Eric, Sara, Diana, Alia, Altair, Arman, Alan.

Common values of English and Kazakh

The analyses of similarities of Kazakh and English meanings of names shows, that people have the same ideas, interests, hope, thoughts, trust, values such as religion, bravery, good heart, praise of beauty, courage and etc.

We have studied 2466 English female names, 1737 English male names and 841 Kazakh male names 483 Kazakh female names. The difference between numbers of English and Kazakh names happens due to the fact that in English reduced names can be spelt as official ones.

My Kingdom for a horse!» – exclaimed Shakespeare's Richard III.

In some counties of the United Kingdom and on the west of the USA such competitions as «donkey's beauty» and «donkey's...

A woman had three sons who emigrated from Ireland to the USA.

Here we cite some examples of pun in Shakespeare’s works. Richard III

My Kingdom for a horse!» – exclaimed Shakespeare's Richard III.

In some counties of the United Kingdom and on the west of the USA such competitions as «donkey's beauty» and «donkey's...

A woman had three sons who emigrated from Ireland to the USA.

Here we cite some examples of pun in Shakespeare’s works. Richard III