The history of the "Turkestan collection" 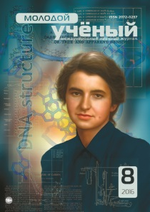 The history of the collection is linked with the history of the organization of the Public Library of Turkestan, which later became the National Library of Uzbekistan named after Alisher Navoi. Because Turkestan area was less known, but extremely interesting for many areas and ninety-days journey from the cultural center of Russia — St. Petersburg in 1867 and the need of systematic studies of this region for the most effective using of all opportunities, to find raw materials, which had been so interested Russian industry — all this put forward the task of collecting material relating to Turkestan and neighboring countries with them.

Literature of this region became quickly updated with new materials of scientists and researchers, and with the number of translated monographs. There were published works of N. M. Przhevalsky, I. V. Mushketov notes by P. P. Semenov and N. A. Severtsova — the researchers of the Tien Shan, the work of the N. A. Mayeva about Turkestan, etc. At the same time, there were a lot of articles in periodical editions, for the first time touching political and economic issues, history, ethnography and culture of Central Asia.

Every interested person who need to know about Turkestan, had to turn over a lot of newspapers, magazines and books. Searching materials and literature were hard in St. Petersburg than in Turkestan[1].

In this regard, the Governor-General K. P. Kaufman addressed to the Minister of Education D. A. Tolstoy, to vice-president of the Imperial Academy of Sciences V. Y. Bunyakovsky, to director of the Imperial Public library Delyanov I. D., to the President of the Imperial Russian Geographical Society F. P. Litke and the Chief of Staff F. L. Heydens in 16 August 1867, asking for donations of doublets scientific books for the newly organized Turkestan stackroom. The Department of Education has donated some Archaeological Commission publications (Collection of Russian Chronicles, historical acts, etc., in 25 volumes) to Tashkent. Imperial Novorossiysk University gave Tashkent library of doublets university library 87 titles of various books in Russian, French and German. The Council of the Imperial Moscow University sent 66 works on various branches of knowledge. Kharkov University in 1869 sent several works written by university professors for academic degrees; for several years the university has sent its reports and protocols of its meetings. In a short time there was collected about 2200 volumes (1200 titles), which initiated of the creation of the Turkestan Public Library. Of course, such a large number of books was not enough. Useful information were published in newspaper and magazine articles. It was necessary to organize and save it as a valuable source for research work. This responsible work K. P. Kaufman instructed to known bibliographer Vladimir Izmailovich Mezhov.

The first place among the figures of Russian bibliography in the second half of the XIX century belongs to V. I. Mezhov. During his fourty years he had done as much as it was not possible to do anyone of bibliography of his time in Russia and abroad. Mezhov`s literary heritage is more than a hundred volumes of bibliographical works, present its literature on the many fields of knowledge that gives collectively bibliography history of Russia, its science and culture for a considerable period [2].

No wonder that he was approached the administration of colonial Turkestan with a proposal to do drawing collection, covering all newspaper and magazine publications relating to Central Asian and neighboring countries, as well as scientific works on the same theme as the Russian and foreign authors. V. I. Mezhov willingly responded to the proposal. He wrote: «The acquisition of this region as Turkestan has great importance for Russia. It secured our eastern borders,... but it is especially important in trade, opening us Central Asian markets for our manufactured goods. It may be not far that time when our caravans will get to India and instead of our manufactured works they will bring us treasures of the East. Conducting the railway, in the near future, through our Central Asian possessions till India, there are many projects, even more will develop our trade. The British protect their commercial interests, vigilantly watching each reciprocating Russian, deeply to Central Asia... In their literatures they closely follow everything that is published by the Central Asian issue, make bibliographies, etc. Are we going to doze off at this time "[3].

On the history of the collection Mezhov said this in one of his letters: «In 1867, K. P. Kaufman spoke to me through the I. S. Idarov with proposal for him to make bibliographies of books and articles relating to Central Asia in general and Turkestan region in particular. In a personal interview with him, I imagined that a list of titles at such distance from the capital city of Tashkent will have no practical meaning for him. Instead, I said him to make «Turkestan collection of scientific papers ", which would include the best books and articles. He has agreed and for the first time, as an experiment, I sent him to Tashkent 10 volumes, for which he received a fee of 1,000 rubles. This unexpected and generous reward made me intensify my work and in the following years for the same fee I sent 20 to 30 volumes. Finally, in the coming years, for K. P. Kaufman, I arranged to give him every year from 40 to 50 volumes for 1000 rubles as compensation»[4].

Being in St. Petersburg and having possibility to monitor books and periodical editions Mezhov acquired and collected everything concerning to Central Asia and neighboring countries with it. He collected works not only capital, but also the smallest minor notes: "... Library embodying all that has been written about the region should bring undoubted benefits. Maybe some of the articles included in the «Collection», and not only in capital, but even apparently insignificant may throw new light on administrative and economic issue. That`s why making «Turkestan collection», I did not neglect any article relating to Central Asia in general and in particularly Turkestan» [5].

In the letter to Mezhov Kaufman wrote about the importance of establishing «Turkestan collection»: "... full confidence that it can bring substantial benefit to area which is given to your management, led me in the preparation of this great work. I hope that you will be quite satisfied with it. The composition of his includes not only some articles from magazines and newspapers, but the whole individual works in Central Asia in general and in particularly Turkestan region. This work I think is essential to this area as Turkestan, which far from the center... In addition, having in my collection, under the hands all that has been written about the Turkestan and Central Asia in recent years, you will be able to print to refute the various stories and often deliberate misrepresentation of those who wrote from hearsay or tried to see the subject through the prism of selfish species and small personal interests»[6].

By the famous Uzbekistan bibliographer E. K. Betger, prototype of this colossal meeting, served as compiled by the ex-manager of the Exchequer S. A. Idarov for his own use «collection of articles relating to the Central Asian khanates and Kirghiz steppe», consisting of six volumes with 84 articles. Idarov made them in a systematic manner: V 1 dedicated Semirechye, V3 — Kirghiz steppes, V5 — Khiva, V 7 — the Aral Sea and the Syr Darya. These collections have a very importance and, in the Dmitrov`s words, «at that time make only material for familiarization with area» [7].

Kaufman payed more attention to «Turkestan collection of scientific papers " and very dear to them, stressed its importance «for the benefit and development of knowledge of our Central Asia». He pointed out that the collection is an excellent material for those wishing to engage in the study of Central Asia. The first ten volumes initially Kaufman kept in his personal library. In 1876 they were transferred into Turkestan public library [8].

Altogether during the governorship Kaufman published 250 volumes. In 1882–1889 years more 166 volumes was compiled with governors Cherniayev and Rosenbach. Thus, the total number of volumes was 416, which contained 4713 names in Russian, French, German, English, Italian, Spanish and Latin. The total amount of expenses for development of the Compendium was equal to 23169 rubles.

All collected for «Turkestan collection of scientific papers " materials are made as follows: newspaper articles were cut out, glued to the white papers, magazine articles and books were embroidered and separate sheets of paper pasted into the frame. Only the magazine and newspaper clippings in «Turkestan collection of scientific papers» were more than ten thousand. The treated material thus intertwined in the volume of the same type which were supplied printed front page. Mezhov picked up the book, magazine and newspaper articles as they published, observing the chronological sequence.

The large and diverse material «Turkestan collection of scientific papers " allow «systematic and alphabetical index of essays and articles in Russian and foreign languages», also composed by Mezhov. Alphabetical index are divided into three parts: the index of authors, translators and names found in the bibliography,area pointers and names, index of authors and subjects encountered in foreign bibliography.

These signs, along with a reference to the corresponding «Turkestan collection of scientific papers» reference is made to the publication, which is placed in a particular material. This makes it possible to use the books included in the collection, not only in Tashkent, where it is stored. Mezhov in the preface to the first volume indicator wrote: «Actually, I was a pointer in such way that would be suitable not only for those who have the opportunity to have in hands this «Turkestan collection of scientific papers», but also for anyone interested in literature of Central Asia in general and in particularly the Turkestan region. With this aim, I put a link to each article title, being in «collection», a link of the periodical edition where it taken»[9].

The content of «Turkestan collection» extremely rich and diverse. The pages of this kind of chronicle can find messages and descriptions relating to various aspects of life of our region in all its details. The conquest of Central Asian states, the device and the colonization of the region, its economy, the study of the productive forces, history and ethnography of the peoples of Central Asia — all found at the time reflected in the press, collected in «Turkestan collection of scientific papers». Researchers working on any topic of colonial Turkestan, it is not necessary to work long and painstaking investigation in the catalogs and card files, write dozens of sets of magazines and newspapers, to collect a lot of books, brochures, maps, guides, some of which could simply not be stored in separate editions. Enough, to refer to the book and all printed material will reveal to all interested in details of the theme [10].

Thus, «Turkestan collection» is quite unique cultural phenomenon, because not all of the publications that are in it are, and that newspapers, magazines, books published in various cities of Russia in the second half of the XIX century are preserved in the country that has experienced during this while a few revolutions, civil war, two world wars and the turbulent nineties.