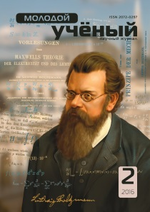 The access to a freer trade has been an onward trend in the world, stimulating the trade partnerships among many countries or regions. Vietnam is not an exception when the country has successfully signed several trade agreements for recent years. Among the trade agreements which Vietnam has signed, ASEAN-Australia-New Zealand Free Trade Agreement (AANZFTA) is one of the latest FTA. The AANZFTA entered into force for Vietnam on 1 January 2010 has significantly changed trade relations of Vietnam with member countries of the AANZFTA. By using the gravity model, the paper analyzes trade diversion and creation effects of AANZFTA on Vietnam’s imports and draws out some implications for Vietnam to take advantage of this FTA.

1. An overview of AANZFTA

Before AANZFTA, Vietnam-Australia-New Zealand cooperated through AFTA-CER-CEP (ASEAN Free Trade Area-Closer Economic Partnership-Closer Economic Relations)[1] from 2002. Based on AFTA-CER-CEP, AANZFTA was established to enhance the comprehensive cooperation between ASEAN-Australia-New Zealand. Vietnam is among the first countries conducting this Agreement, which entered into force on 1 January 2010[2].

Like other members in AANZFTA, Vietnam has committed to eliminate the import tariff by types of goods included in Normal Tax List. Specifically, Normal Tax List 1 and Normal Tax List 2 accounts for 85 % and 5 % of eliminated tariff lines and their elimination will be performed in 2018 and 2020, respectively. In addition to its provisions on tariff reduction and elimination, Chapter 2 of AANZFTA also covers quantitative restrictions and non-tariff measures. The rules of origin (ROO) in Chapter 3 applied in AANZFTA provide exporters with two alternative approaches to identity origin of goods, enhancing exporters’ability to take advantage of the FTA. Chapter 4 of FTA mentions about the custom procedures. Chapter 5 and 6 mostly focus on rules of improving transparency and encouraging collaboration and conformity in SPSs and TBTs related application of regulations and procedures.

The classical gravity model of international trade is used to predict bilateral trade flows based on the economic sizes (often using GDP measurements) and distance between two units. The basic model for trade between two countries (i and j) takes the form of:

(Where: F is the trade flow, M is the economic mass of each country, D is the distance and G is a constant).

The model has also been used to evaluate the impact of treaties and alliances on trade, and it has been used to test the effectiveness of trade agreements and organizations. In this paper, in order to estimate the impacts of AANZFTA on Vietnam’s imports, the following gravity model is used:

To evaluate the trade diversion and trade creation effects of AANZFTA on Vietnam’s imports, two dummy variables are added into the model including BothinFTA and OneinFTA.The BothinFTA variable will receive 1 if both Vietnam and a partner country are members of AANZFTA at time t and 0 otherwise. OneinFTA variable will receive 1 if importer belongs to AANZFTA but the exporter does not and 0 otherwise. With variable added above in logarithmic form, (2) becomes (3):

Estimation of this gravity equation requires data on import[3], GDP and geographical distances between Vietnam and other partners. Particularly, Vietnam import turnover is extracted from Trade map.GDP data is collected from World Data bank of World Bank [6].The data of geographical distances between countries arecollected from distancefromto.net, a &nbspreliable website of the US.

A regional trading agreement is beneficial if the magnitude of trade creation, when preferential tariffs replace inefficient home production with efficient imports from an FTA partner, is larger (smaller) than trade diversion, when preferential tariffs replace efficient imports from the rest of the world with inefficient imports from an FTA partner. This part assesses the trade creation and trade diversion effects of AANZFTA on Vietnam's trade using the gravity model. From that result, appropriate implications will be provided to enhance the trade relationship of Vietnam and partners when joining AANZFTA.

From the result, the F-statistics = 0.000000 < 0.05, thus the model is meaningful. Moreover, the R-square = 0.466122 means that more than 46 % of the change in Vietnam’s imports from others AANZFTA countries can be explained by the explanatory vairables in this model. We have a hypothesis testing: Ho:

. It means that LOG(Yvt) is insignificant and meaningless in the model. Therefore, we cannot conclude the impact of Vietnam’s GDP on its imports fromother partners.

. In other words, partner’s GDP variable country is significant at 5 % with the coefficient is 1.354. It means that the import of Vietnam from its partner is affected by the partner’s GDP. If GDP of a partner rises by 1 %, Vietnam’s import from this partner will increase by 1.35 %.

The coefficient of the preference Trade Creation dummy variable (BothinFTA) is positive and statistically significant at 10 % (Prob=0.0582 < 0.1), indicating that Vietnam’s freeing up of trade based on AANZFTA stimulates mutual intra-trade and leads to trade creation for Vietnam.

At the same time, the coefficient of the preference Trade Diversion dummy variable (One in FTA) is positive and highly significant at 5 % (Prob= 0.0009 <0.05), resulting from the overall effect of preferential AANZFTA giving rise to additional trade which does not have enough trade diverting effect with non-member countries. The demand increasing income effect of regional and preferential trade arrangements outweighs any trade diverting effect, which resulted to high volume of trade with non-member countries. The percentage growth in intraregional trade can be computed as

= 25.7319 % while the percentage growth increase in extra-regional trade is

Trade creation has negative impacts on Vietnam’s producers. The Vietnamese producers suffer losses because there is a price decrease that results to a decrease in their output of disadvantaged goods, employment and profit. Reducing import tariff will might lead to a decrease in tariff revenue, but this is not a major challenge because of some reasons. Firstly, the reduction in tariff revenue will occur gradually because Vietnam will reduce import tariff according to schedule. Secondly, when reducing import tariff, the value of imports from partner countries mightincrease and revenue from value-added tax thus also might increase as well. Thirdly, partner countries may drop tariff on exports of Vietnam and thus, there might be extra benefit from increased exports. For consumers, AANFTA positively affects consumers, who can get benefit from lower prices and a wider range of choice for consumption. Totally, as AANZFTA brings about trade creation, there will always be a net gain for the whole country when joining AANZFTA&nbsp.

In conclusion, AANZFTA is a comprehensive and single-undertaking economic agreement that aims at liberalizing and facilitating trade in goods, services and investment between New Zealand, Australia and the ASEAN economies. In order to estimate the impacts of AANZFTA on Vietnam’s imports, the gravity model is used. Based on the quantitative analysis, all of the variables are significant except GDP of Viẹtnam. In addition, 2 dummy variables show that AANZFTA have trade creation impacts, bringing about a net gain for Vietnam as a whole. Based on results from the gravity model the paper draws out some following implications Vietnam in general.

                     Vietnam should import more from countries with higher GDP such as Australia, New Zealand, Singapore and Thailand.

                     Vietnam should implement policies to reduce the “distance” as decrease in transportation costs, language skills and lower trade barriers.

                     AANZFTA makes trade creationto increase Vietnamese social welfare. Therefore, Vietnam should strengthen trade with partner in AANZFTA by implementation the provisions in agreements such as trade in good liberalization and ROO. Particularly, Vietnamese company should take advantage of AANZFTA tariff reduction by using special import strategy by mining and processing products overseas where this country has comparative advantage.

[1] AFTA-CER-CEP is a program among ASEAN-Australia-New Zealand in order to create favorable conditions for trade and economic cooperation. Vietnam signed AFTA-CER-CEP in 2002.