The verb: aspect and its main using in sentence 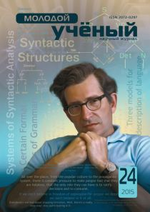 In analyzing the morphological structure of the English verb it is essential to distinguish between the morphological categories of the verb as such, and the syntactic features of the sentence (or clause) in which a form of the verb may happen to be used. This applies especially to the category of voice and, to a certain extent, to the categories of aspect and tense as well.

One last preliminary remark may be necessary here. It is always tempting, but it may prove dangerous, to approach the morphological system of the verb in one language from the point of view of another language, for example, the student's mother tongue, or a widely known language such as Latin. Of course the system of each language should be analyzed on its own, and only after this has been done should we proceed to compare it with another. Anyway the assessment of the system of a given language ought not to be influenced by the student's knowledge of another language. Neglect of this principle has often brought about differences in the treatment of the same language, depending on the student's mother tongue [2].

We shall begin the analysis of each verbal category by examining two forms or two sets of forms differing from each other according to that category only [1].

There are two sets of forms in the Modern English verb which are contrasted with each other on the principle of use or non-use of the pattern «be + first participle»:

will write — will be writing has written —has been writing

These two sets of forms clearly belong to the same verb write and there is some grammatical difference between them. We will not here consider the question whether the relation between writes and is writing is exactly the same as that between wrote and was writing, etc. We will assume that it is the same relation.

What, then, is the basic difference between writes and is writing, or between wrote and was writing? If we consult the definitions of the meaning of is writing given in various grammar books, we shall find, with some variations of detail, that the basic characteristic of is writing is this: it denotes an action proceeding continuously at a definite period of time, within certain time limits [2]. On the other hand, writes denotes an action not thus limited but either occurring repeatedly or everlasting, without any notion of lasting duration at a given moment. It should be noted here that many variations of this essential meaning may be due to the lexical meaning of the verb and of other words in the sentence; thus there is some difference in this respect between the sentence the earth turns round the sun and the sentence the sun rises in the East: the action mentioned in the former sentence goes on without interruption, whereas that mentioned in the latter sentence is repeated every morning and does not take place at all in the evening, etc. But this is irrelevant for the meaning of the grammatical form as such and merely serves to illustrate its possible applications.

The basic difference between the two sets of forms, then, appears to be this: an action going on continuously during a given period of time, and an action not thus limited and not described by the very form of the verb as proceeding in such a manner.

Now, the question must be answered, how should this essential difference in meaning between the two sets of forms be described. The best way to describe it would seem to be this: it is a difference in the way the action is shown to proceed. Now this is the grammatical notion described as the category of aspect with reference to the Slavonic languages (Russian, Polish, Czech, etc.), and also to ancient Greek, in which this category is clearly expressed [3].

As is well known, not every verb is commonly used in the form «be + first participle». Verbs denoting abstract relations, such as belong, and those denoting sense perception or emotion, e. g. see, hear, hope, love, seldom appear in this form. It should be noted, however, that the impossibility of these verbs appearing in this form is sometimes exaggerated. Such categoric statement give the reader a wrong idea of the facts as they are not verified by actual modern usage. Thus, the verbs see, hope, like, fear and others, though denoting perception or feelings (emotions), may be found in this form, e. g. It was as if she were seeing herself for the first time in a year. The form «be + first participle» is very appropriate here, as it does not admit of the action being interpreted as momentaneous (corresponding to the perfective aspect in Russian) and makes it absolutely clear that what is meant is a sense perception going on (involuntarily) for some time.

So the shades of meaning differentiating the two aspect forms are strong enough to overcome what one might conventionally term the «disclination» of verbs of perception towards the continuous aspect [4].

We also find the verb look used in a continuous form where it means 'have the air', not 'cast a look': Mr March was looking absent and sombre again. (SNOW) This is appropriate here, as it expresses a temporary state of things coming after an interruption (this is seen from the adverb again) and lasting for some time at least. Compare also the verb hope: You're rather hoping he does know, aren't you? (SNOW) If we compare this sentence and a possible variant with the present indefinite: You rather hope he does know, don't you? we shall see that the original text serves to make the idea of hope more emphatic and so the form of the continuous aspect does here serve a useful purpose.