On the religious aspects of ethics and legislation 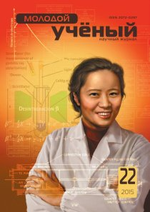 This article has been written on the basis of English translation of the Koran. This transliteration is preferable to the newly proposed spelling Qur’an as the Arabic sound [Q] is absent in many languages. Analysis of the Koran in relation to the legislation is essential because controversies between legal and religious requirements may force a believer to make a dangerous choice. The Koran is provided by numerous commentaries that often are allegorical and euphemistic. However, the direct meaning of the words is most obvious, the more so as it is stressed in the modern literature that the Koran can be comprehended according to its clear and apparent meaning. The direct sense is used by the extremists. Adherents of Wahhabism insist on a strictly literal interpretation. Immediately upon the Koran are based the ideas of pan-Islamism aimed at the establishing of the global Islamic State. The Koran contains instructions pertaining to the Law, morality, and behavior. Those who disobey injunctions are condemned to undergo everlasting torments, where fire and boiling water are applied, and 'as often as their skins are roasted through' they are replaced by 'fresh skins, that they may taste the penalty' (4:56). Threats are reiterated almost in all Surahs (chapters). Therefore, in case of a controversy between the Koran and the Penal Code, a believer would probably comply with the former, because a terrestrial punishment is negligible compared to the eternal fire. So it is not astonishing that extremists find volunteers to commit suicide attacks; the more so, as 'to him who fighteth in the case of Allah, whether he is slain, soon shall we give him a reward of great value' (4:74).

It is essential for our multicultural society, what kind of instructions are given with regard to adherents of other religions and atheists. The Koran contains numerous damnations and threats to the 'Unbelievers', whereas the curses originate not only from Allah but also 'from all mankind' (2:161). Here follow several examples. 'O ye who believe! Take not for friends Unbelievers' (4:144). It is not allowed to a Moslem to kill another Moslem (2:84; 4:92), but with regard to the 'Unbelievers' other recommendations are valid, for example, 'fight them on until there prevails faith in Allah altogether and everywhere' (8:39). To clear the matter of responsibility for murder, it is further commented: 'It is not ye who slew them, it was Allah (8:17). Some Surahs contain more detailed instructions such as 'smite at their neck at lengths; when ye have thoroughly subdued them, bind a bond firmly on them' (47:4). Jihad, the holy war, is considered as an incumbent religious duty for the purpose of advancing Islam.

One can hear from Moslems that full-scale Unbelievers are only the atheists and pagans, whereas towards the 'People of the Book', in other words, the Christians and the Jews, they are more tolerant. In fact, however, the Koran repeatedly curses 'those who were given a portion of the Book' (4:51–52), equates them to the Unbelievers, claiming that a 'humiliating punishment' is prepared for them (4:151). Particularly, the Christians are 'estranged with enmity and hatred... and soon will Allah show them what it is they have done' (5:14). According to another instruction, the People of the Book must be fought 'until they pay the Jizyah (regular tribute) with willing submission, and feel themselves subdued' (9:29). In conversations with Moslems one can hear that violence in Islam is accepted only as self-defense; however, all the above quotations contain no idea of self-defense in the context. Moreover, the self-defense itself must be within the limits defined by the Law. Many other contradictions between the Koran and modern legislation can be specified, particularly those pertaining to the matter of murder. In such instances, 'the law of equality is prescribed: the free for the free, the slave for the slave, the woman for the woman' (2:178). It means in practice that, instead of the murderer, an innocent person from his kinship may be killed, woman for woman etc. That is why in some Islam-dominated areas the custom of blood revenge has been preserved, which is incompatible with modern criminal legislation (23:6).

The topic of inequality of men and women in the Islamic world is well known. A man may have four wives; apart from his wives, the Koran allows men to have relationships with the 'captives' (23:6). On the contrary to a man, a sexual relation is allowed to a woman only with her husband; and in the case of adultery she may be stoned. In certain cases, corporal punishment of wives is prescribed to their husbands: “spank them” (4:34). Easy procedure of divorce at the husband's behest results in some people 'going through' thirty or more wives during their lifetime (Wells C. Understanding Saudi Arabia. New York, 2003). On the other hand, for a woman a divorce is unattainable or very complicated. Women are also discriminated by the Shariah law in property matters such inheritance, etc.

What solution of the contradictions between the Koran and the modern legislation can be proposed? Some thinkers argue that reformation of Islam has become inevitable. Obviously, the idea must be propagated that a multicultural society can exist peacefully only if we obey terrestrial law without discarding it on the basis of religious concepts. There are many well-intended Muslims. On the other hand, the direct sense of the Koran is used to justify aggression and terrorism. The ongoing terrorist attacks have resulted in anti-Islamic resentments. That is what we are trying to prevent. What we are looking for is a concept that would permit a peaceful and friendly coexistence, within our country and on the global scale. Religious leaders should participate in elaboration of new moral principles, which has become vital in our age of global overpopulation. Growth of political Islam and extremism can be partly explained by the population explosion and unemployment among young people. The main problem of the modern Orient, now as before, is a relatively high birth rate. It is most spectacular in the desert areas, where people live predominantly from oil revenues or foreign aid, importing the major part of food and other products, and using desalinated water. Note that water desalination needs energy coming mainly from burning of oil.

Ecological damage and depletion of non-renewable resources are proportional to the population size. Food production cannot increase infinitely without soil depletion, desertification, deforestation and other forms of environmental damage. Humankind can choose between reduction of the population growth by diminishing the birth rate and raising the death rate by means of famine, epidemics or homicide, which were usual throughout the whole history. Even today, damage of a fragile infrastructure in some areas can result in severe shortages of fresh water and food. Humanity is in a demographic cul-de-sac, while no realistic solutions have been proposed. Such solutions would require a revision of certain ethical principles and propagation of new ones, in particular, that no population group, on a national or international scale, may obtain any advantages due to the population’s numerical size and further growth. On the contrary, those who have had many children should logically live in more crowded conditions. Acknowledgement of this principle would be a suitable basis for international understanding and trust. High fertility was propagated at the time of global conflicts and the Cold War to replenish military and manpower resources. Necessity of birth control has been obfuscated by conflicting national and global interests: population growth has been regarded as a tool helping to sovereignty and economic advance. Even today, there are appeals to increase the birth rate, accompanied by misinformation about allegedly severe complications of contraception and abortions. It is sometimes argued that the birth rates tend to decrease as living conditions improve. There is such tendency indeed but the population of more developed countries continues growing nonetheless due to immigration and enhanced birth rate among new immigrants. Finally, it should be stressed that there can be no religious objections against contraception and sterilization because these birth control methods are not mentioned in religious texts.

The labor productivity is growing; few working people can provide means of subsistence for many, while unemployment is increasing. In the past, similar conditions were terminated by wars and pestilence. This has not happened long since, and we are waiting to see what happens, while the population is growing. However, there are many things to do. Great projects could be accomplished by a unified mankind: construction of irrigation facilities for drought-stricken lands; nuclear, solar and other power plants to reduce the consumption of fossil fuels, etc. Research must be revitalized and purged from scientific misconduct. These measures would create work for many people. Moreover, should the birth rate decline in the future, it means that the workforce is at its maximum today, which provides an opportunity to accomplish great projects. Only by concentration of authority within a powerful international executive, based in the most developed parts of the world, can the vicious circus of international competition and conflicts be broken. Accordingly, propaganda should popularize the image of hardworking people, which must become a pattern of identification for the youth.

In conversations with Islamic clerics it is acknowledged that the injunctions to 'fight the Unbelievers' should not be understood literally. At the same time, religious literature reiterates that the Koran, as 'a source of guidance for all humanity', should be understood according to the clear and apparent meaning (Muhammad Khan. The Muslim News, Nr. 181 of 28.05.2004). For large numbers of young people this kind of propaganda has become a lens, through which they see the world. The terrorism is sometimes explained, and thus partly justified, as acts of desperation or self-defense. Some Muslim leaders do not deem necessary to restrict the birth rate and migrations and do not regard ethnic shifts in Europe as an unfavorable development. At the same time, positive tendencies in the modern Islamic literature should be noted: condemnation of terrorism, promotion of business ethics, of good-neighbor relations, disapproval of arrogant attitude towards supposed sinners and 'Unbelievers'.

How shall we conclude? Islamic ethics is partly incompatible with modern morality and law. Contradictory rules cannot be valid simultaneously at the same place. Therefore, Islamic ideology can be theoretically used for justification for segregation. In practice many Muslims are civilized and friendly people not at all inclined to “fight the Unbeliever”. On the other hand, formally aggressive ideas give underprivileged people a ground for self-contentedness and thus for psychological stability. Undoubtedly, Islam promotes certain moral values. Old architecture is preserved and restored in Turkey increasingly well. The topic of religious differences should not be exaggerated. However, considering unpredictability and social significance of the crime motivated by religious injunctions, religion-related motives must be considered as aggravating circumstances in the criminal legislation. 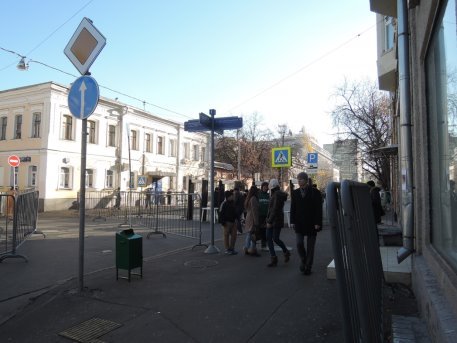 Fig. 1. Bolshaia Tatarskaia Street in Moscow, where the Old Mosque is located, attended by increasing numbers of worshipper. The traffic is closed on Fridays and during some Muslim festivals. The parking is prohibited, which is a considerable inconvenience for the residents and commuters 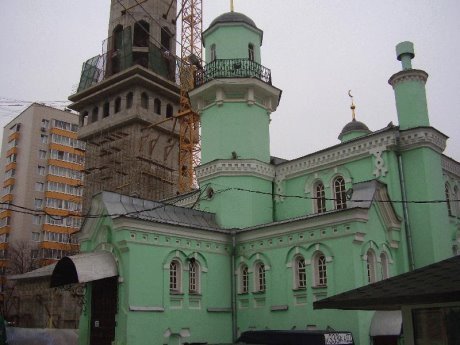 Fig. 2. Moscow Tatar Mosque, known also as the Cathedral Mosque, an architectural monument completed in 1904 (Domus News 11 December 2009). The mosque shown on the image has been recently demolished and a new larger building constructed.