Clinical and epidemiological features of tuberculosis in the city Bishkek 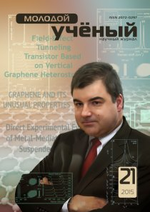 In the Kyrgyz Republic the epidemiological situation in TB remains rather tense. In Bishkek for a long period (1993–1998 and 2003–2013) the TB incidence exceeded the national level, including among the child population. The tuberculosis prevalence is analyzed by social and ethnic groups in the city Bishkek.

Tuberculosis is a socially important disease which by the current world statistics is showing a tendency to spread further. Annually 8–10 mil. people get ill with tuberculosis and about 3 mil. people die from it [1;3;5;8;10;11].

The current tuberculosis epidemiological situation has become more acute in all countries of the world. While there is a fall in the incidence of tuberculosis, more younger age cases occur, and what is most concerning, the next epidemiological surge is forming, of a new quality, characterized by high levels of destructive and complicated forms of pulmonary tuberculosis, intensive development of a reservoir of drug resistant mycobacteria, a high level of reactivation of tuberculosis after cure [2;4;6;7;9;12].

The aim of the study was to carry out comparisons in the epidemiological situation regarding tuberculosis in the city Bishkek and Kyrgyz Republic.

As can be seen in fig.1, in 2001 it was managed to stop a growth in tuberculosis but it failed to reach the initial level despite an active implementation of DOTS strategy in all primary health care organizations. 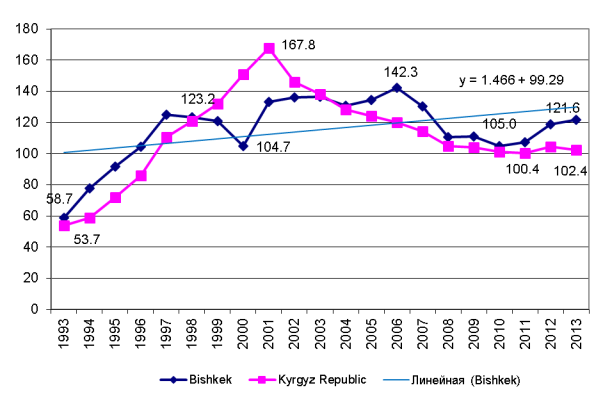 The tuberculosis epidemiological situation is regarded as normal if the incidence is less than 30.0 per 100 000 population. Because the world experience shows that if quality prevention measures are implemented this level of incidence can be achieved at least. An increase and a decrease in the population morbidity of tuberculosis is one of the main indicators of infection spread and a sign of unfavorable epidemiological situation.

Tuberculosis morbidity of inhabitants of the city Bishkek has its own distinctive features. Two epidemiological peaks were observed: in 1997–123.2 and in 2006–142.3 per 100 000 population, the interval between them being 9 years. In Bishkek the incidence of tuberculosis was above the national rate for a long period of time (1993–1998 и 2003–2013) except for the period of the highest epidemic rise in the incidence in the country as a whole (1999–2002). Possibly the population of the capital is a major reservoir keeping tuberculosis infection in the inter-epidemic period. So, increasing preventive activity at the population of Bishkek could decrease tuberculosis morbidity in the country as a whole.

It follows from this that predisposition to tuberculosis is 1.4 times higher in men than in women. The average age of persons newly ill with tuberculosis was 37±0.6 years.

Together with the high adult tuberculosis morbidity, a high morbidity is observed in children including both cases of complicated primary tuberculosis and cases with the induration stage process indicating late diagnosis of tuberculosis.

The statistical evidence indicates an exogenous nature of tuberculosis in children, who get infected from adults in tuberculosis infection foci. In the Kyrgyz Republic, on average, there are 72 excreters per 100 000 population. 2.2–2.4 healthy persons get infected per each one of them.

Our analysis of the impact of vaccination on the epidemic process of tuberculosis revealed the following. In the period between 2009 and 2011 200676 children were immunized, tuberculosis was diagnosed in 106 of them (0.05 %). The incidence rate was 52.8 per 100 000 pediatric population. By numeric data, on average, 0.05 % of vaccinated children lost or did not acquire post-vaccinal immunity, which is in agreement with reports of other authors stating that tuberculosis vaccination does not provide a complete prevention of tuberculosis [3, 5].

First place is occupied by the homeless, i.e. persons who have no work and no fixed abode. Their proportion is 8.9 %. Second to them are students follow, with a proportion of 6.1 %. The 3rd rank is shared by pensioners, 4.8 %, and disabled persons, 4.2 %. The hospitalized population includes rather a large group of prisoners, 2.6 %, and military personnel, 1.5 %. Other patients have a proportion less than 1 %. A low proportion of the working class, 0.9 %, is of notice, while in the total number of patients with tuberculosis, working age persons make up 77.6 %. This discrepancy is explained by that the working age population prefers ambulatory treatment as it allows them to work and stay on relief.

Thus, any person can acquire tuberculosis, at any age. The homeless group presents a scientific interest, it is a population group without job and without fixed abode. 216 case histories of tuberculosis were selected by continuous sampling. In Bishkek in 2009–2011 a total of 346 homeless persons ill with tuberculosis was recorded. They were found mostly by phthisiatricians making household-to-household rounds, ambulance teams, policemen and only 23 % sought medical attention themselves. Of the total number of homeless persons, 195 (56.45 %) were newly ill with tuberculosis, 112 (32.4 %) had a relapse and no information on 39 (11.3 %) (table 4).

The incidence of tuberculosis per 100 000 population increases by 13.3 persons annually due to the homeless portion. Moreover, relapses among the homeless group occur more frequently than in general: at the ratio of 1: 2 (112 relapses for 195 new cases). In the city Bishkek an increase in the incidence due to relapse of tuberculosis in homeless persons is an average of 4.3 units, with males predominating (67.7 %) over females (32.3 %) (table 5). Homeless patients under age 30 years make up 28.5 %, while this figure is 52.3 % for the general adult sample. The proportion of patients of higher than 30 years of age is 71.5 % for the homeless, while it is 47.7 % for the general patient population. It can be concluded that homeless persons fall ill with tuberculosis at a greater age. This is supported by the average age of homeless persons with tuberculosis being 40.8±0.6 years versus 36.2±1.3 in the general sample. A difference of 4.6 years is statistically significant.

The level of probability significance is P<0.01. In the total number of homeless persons the proportion of working age persons is 76.9 % while it is known that tuberculosis occurs most frequently in young people [7].

Thus, socially vulnerable persons (the homeless) have a high level of predisposition to pulmonary tuberculosis morbidity. They have the lowest rates of clinical cure, closure of destructive process cavities, removal from being on the monitoring list because they practically do not stop being smear positive, and they also have high rates of early and late relapses. The severity and clinical features of tuberculosis in the homeless are mostly due to their unorganized state and inclination to vagrancy. The homeless cohort is a reservoir of infection, contributing to tuberculosis incidence, prevalence and mortality.

Beginning in 2000 in Bishkek there is observed a decreasing tendency for tuberculosis mortality, it is connected not only with decreasing morbidity but also with implementation of more effective therapy methods. 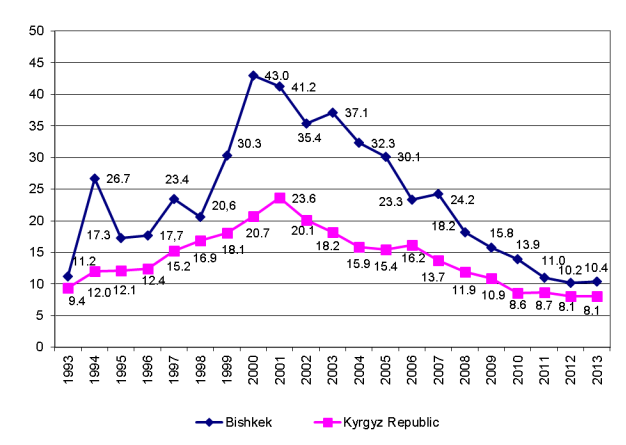 The epidemiological situation of tuberculosis in Kyrgyzstan as a whole remains tense. The worsening welfare standards of the population, the increasing number of unemployed and persons without fixed abode, intensification of migration processes, instable economic situation, decreasing effectiveness of therapeutic and preventive measures, insufficient finance of antituberculosis measures, all this contributes to the high prevalence of tuberculosis where almost half of cases have a pulmonary form and are even excreting the microorganism.

Non-epic inspiration and types of characters in some Vietnamese...

«Dot» is Mr. Hach’s son, who always wears only a patchy dress of his father and hangs out on edge of ditches to catch Rana limnocharis[2] that are used to catch Varunidae[3]« [2, p.8]...

Non-epic inspiration and types of characters in some Vietnamese...

«Dot» is Mr. Hach’s son, who always wears only a patchy dress of his father and hangs out on edge of ditches to catch Rana limnocharis[2] that are used to catch Varunidae[3]« [2, p.8]...