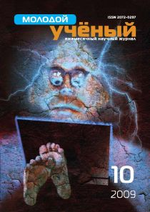 It’s known that written memory of the past “Tefsir” is Koran’s  turconic translation. It is very important to learn old Uzbek literary language nowadays.  Many copies of tefsir has overtaken to our days. There are  two main copies of  tefsir which very important with lexical materials and they were recopied from original. One of them is a copy described by A.E. Shmidt  and this copy is keeping in  the academy of science in Uzbekistan and the other one is which studied by linguist A. K. Borovkov and it is in the Academy of science in Russia (it is called Petersburg’s copy).

Koran’s 9 translations in Turkic are kept in the museum of “Turkic and Islam works”. There are many works have done and many scientific articles have published on these copies. For example V. Bartold, M.F. Kuprulzade, A.Inan, A. Erdagan, A.Zaynchkovskiy, A.K. Borovkov  they have worked on Tefsir’s dialectical base and grammatical pecularities.

The copies which are in Turkey are well-known to science world. Great Turkish   scientist A. Erdagan took one the most important copy of them and drown many scientific searches on it. This copy was rewritten by Muhamad Haj Davlatshoh in 1333 A.Erdagan learnt it lexically and came to resolution that this copy translation of Koran is related to oguz -turkic language. One more Turkish scientist  A.Inan said that this copy (1333)was close to Central Asia’s Koran which investigated by  Borovkov, exactly he wanted to say that the base of two  translations is same and they were rewritten from one manuscript. That is why their language is similar to each other.

Central Asia or Karshi’s “Tefsir” is memorial manuscript of XVIII sura which translated and had given definition word by word in Turkic.  Notwithstanding of it’s concepts it is very important to study means of language, universal history of turconic language and of course to study developing of literary Uzbek language.

Tefsir of Karshi is one of the main means in defining historical developing of all turconic literary language. On studying old uzbek language It has a great peculiarities to learn history of language and it comes first to learn old uzbek language. In this way we cant miss works of great Russian linguist A.K.Borovkov on the Tefsir of   Karshi which called Petersburg’s copy. Borovkov investigated its lexical materials in 1949, 1956, 1952 years. After studying it he created dictionary of Tefsir. But this work needs more improving; it didn’t perfectly study yet lexically. We must learn it’s time of first ancient origination it must be compared with all translation in turconic which are known, it’s phonetic grammatical peculiarities  demands special researches. It’s unknown the time of recopying and the rewriters name but there is some ideas of scientists about time of origination. One of them was Inan who tried to prove that the copy which recopied in 1333 by M Haj  Davlatshoh is similar lexically with copy of Tefsir  of Central Asia   also Inan demonstrated that details of oguz language is l first less in Central Asia’s “Tefsir” than in the copy of turkey. He compared 10 copies of “Tefsir” and selected only 3 of them which were belonged to last period of  Karakhanies   khanate ,the time when  Muslim people in Central Asia spoke  in Turkic literary language  in his opinion this language is coordinated with language of  epos “Kutadgu Bilig”,”Hibatul Haqoiq” which were written in turconic by Turkic writersof that time. And also in Mahmud Koshgaries divan this language was called “Hoqoniy”(khan) or original Turkic and it consistedof dialectslike oguz, kipchak, kangli…. this language was single literary language to all Turkish Muslims in XII-XIV centuries.

As noted A.K. Borovkov there is few concreteness in Inan’s concepts he said that it is not right to belong Tefsir language to one dialect he objected to learn it corresponding to history of Turkic language even Inan found unreal ideas in Borovkov’s works, in his opinion, first Russian linguists described that Tefsir belongs to ancient Turkic language and then they decided that it belongs just to uzbek language history. But after these thoughts he came into one concrete decision: uzbek language formed on abase of solely Turkish dialect.  Ancient Turkic language is the root to all turconic language  like Uzbek, Kyrgyz, Kazakh, Turkmen  and other Turkish language. In our opinion Inan expounded contradictory  reflections himself, we can join to his second idea  because there said that the root of all Turkic language is one.

There are many ideas about origination of Central Asia’s Tefsir:V.V Bartoldsaid that this Tefsir was rewrited in the end of X century or in the beginning of XI century; Erdagan said that the original copy of Tefsir was written in X-XIcentury, we can find similarities in  it ‘s vocabulary and in Mahmud Kashgari’s dictionary’s(1073)vocabulary, the second is words which has religion character translated in to Turkic based on turconic grammatical rules. As has said Barovkov Tefsir of  Central Asia  is belong to manusucripts with pecularity turning to б (i )dz; but with turning to “dz” there was turning to “j” and “z”.

Borovkov mentioned idea of Samoylovich; upon his theory there were three period of developing universal Turkic literary language and they developed in 3 literary center :

Borovkov from this theory decided to say  that language of tefsir goes along to Karakhani’s period .as he mentioned language of  tefsir connected with manuscripts of XI-XVI centuries where we come across through turning sound “d/b into  j” this case shows us the affect of oguz –turkmen or oguz -turkic literary language   that is right affect of oguz language to Turkic language had begun in early times, about oguzes and about there period we can find information in manuscripts: ‘Urkhun Enasoy “(first written source in Central Asia  it was written on a stone ), in ancient Uigurian  manuscripts and in works M.Koshgari, Al Zamaxshary.

The brood of ancient Uigurs  has lived  in ancient times in territory of some countries like China, Central Asia, Caucuses, Iran, Turkey, Arabia and Europe. Oguzes who lived close to Turkic tribe as there language belong to one family, that is why, the affect of oguz language  we can see in all ancient turconic languages. Especially this affect proved inXI-XIV centuries and about it had write Borovkov: «надо принять во внимании, что угузско- туркменская литературная традиция в XI-XVI вв. В Средней Азии имело очень  большое  значение. В эту эпоху в средней Азии достаточной определенностью обнаружилось диалектальные источники  карахардского, тюркско - огузско-туркменского и староузбекского языков.» Tefsir’s language helps us to learn about language of that period. Here is one more main property of this manuscript  there are used different wordsi, to express one meaning:to mean wife or women there are used words like урагут, xotyn, awpat, ajal, тiшi, кiшi. To mean  the brook – akap, apik, ipmak, mikap. To mean town –ел, улус,кант, урам шахар, шахристон. Words which have the same meaning is not belong to one language they   belong to different languages for example хатун,кант-words tajik; шахар-persian;  аврат, айал- belongs to Arabian. These kinds of properties not only belong to the language of tefsir but it belongs to many written manuscripts of XI-XIV centuries because in that periods territorial local dialectical words used traditionally free in both  official and folk languages. Tefsir’s language defines with this property. That is why we can’t say that this authentic manuscript is belong tone language, in XI-XIV centuries there were one universal literary language among turconik uzbek people, it was difficult to differ one language from another in the result of it linguists began to study language territorially or from local dialectical point and they divided it into  two or three parts and then investigated  it.  example works of A.Najib, A.N. Samoylovich we found coming first of this idea.  Every literary language developed by affecting of periods, conditions its dialectical prosperities passiveness or activeness changes and changing   with changing of governments, Khanates and different rulers. Affects like this might be given by men who recopied manuscript; they might live in different regions as we know that each region has its own dialect. In each period language grown keeping partly there old ancient traditions. In all languages we can see both universally and individual details of language and we can define there literary marks on this problems many have done especially on its lexis but its not studied grammatically and we decided to investigate it from grammatical point of view.